The Evolution of Another Art Project 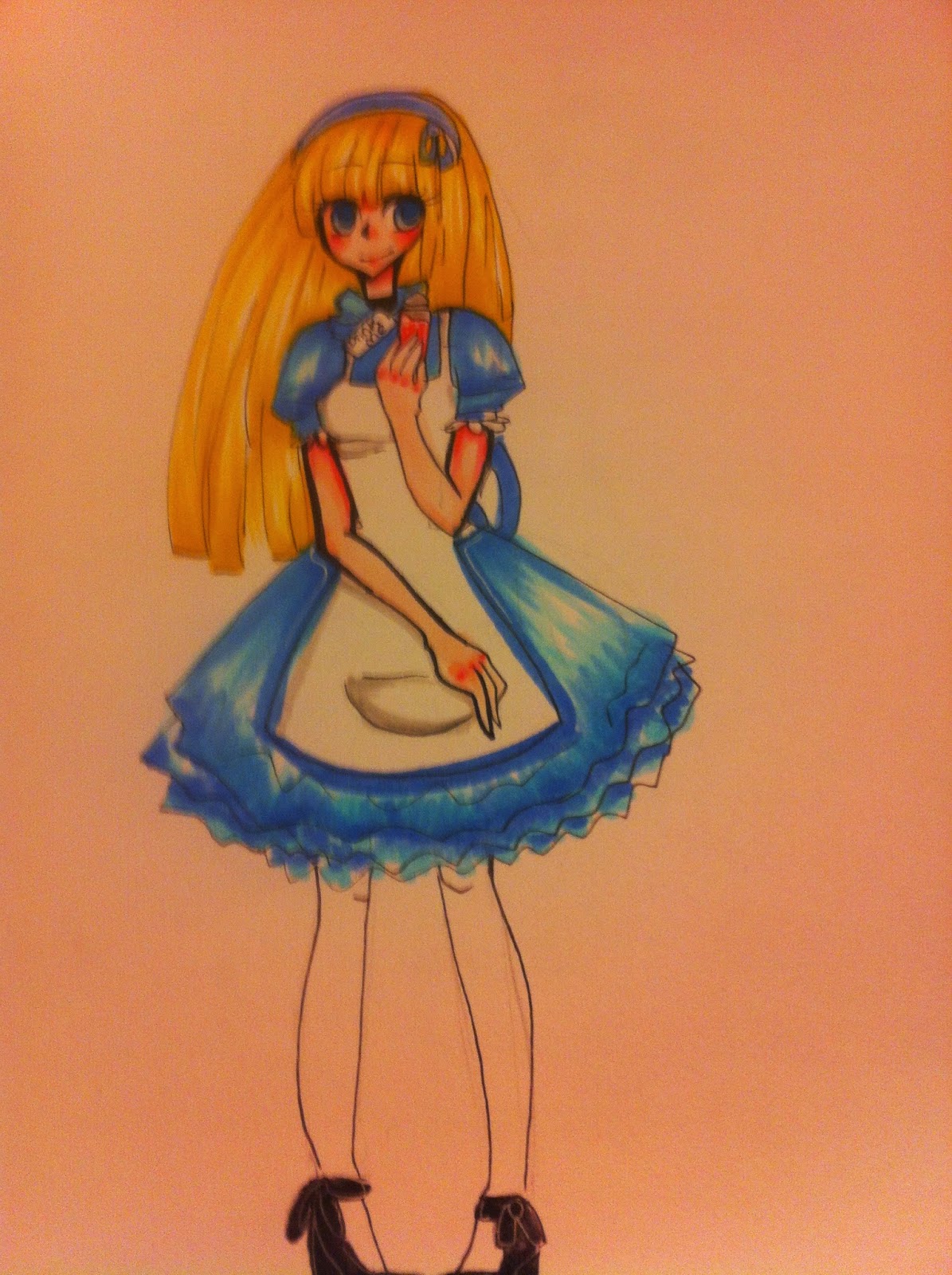 All semester Grace has worked on an art project to give to a close friend that is moving away. This close friend also happens to be my co-director for the fine arts cooperative. In the beginning we brainstormed ideas of something to give to her at the end of the semester before she was to move away. We came up with Grace drawing characters from some of our favorite plays/musicals that we all performed together. In the picture above is Alice - Grace played Alice a few years ago. 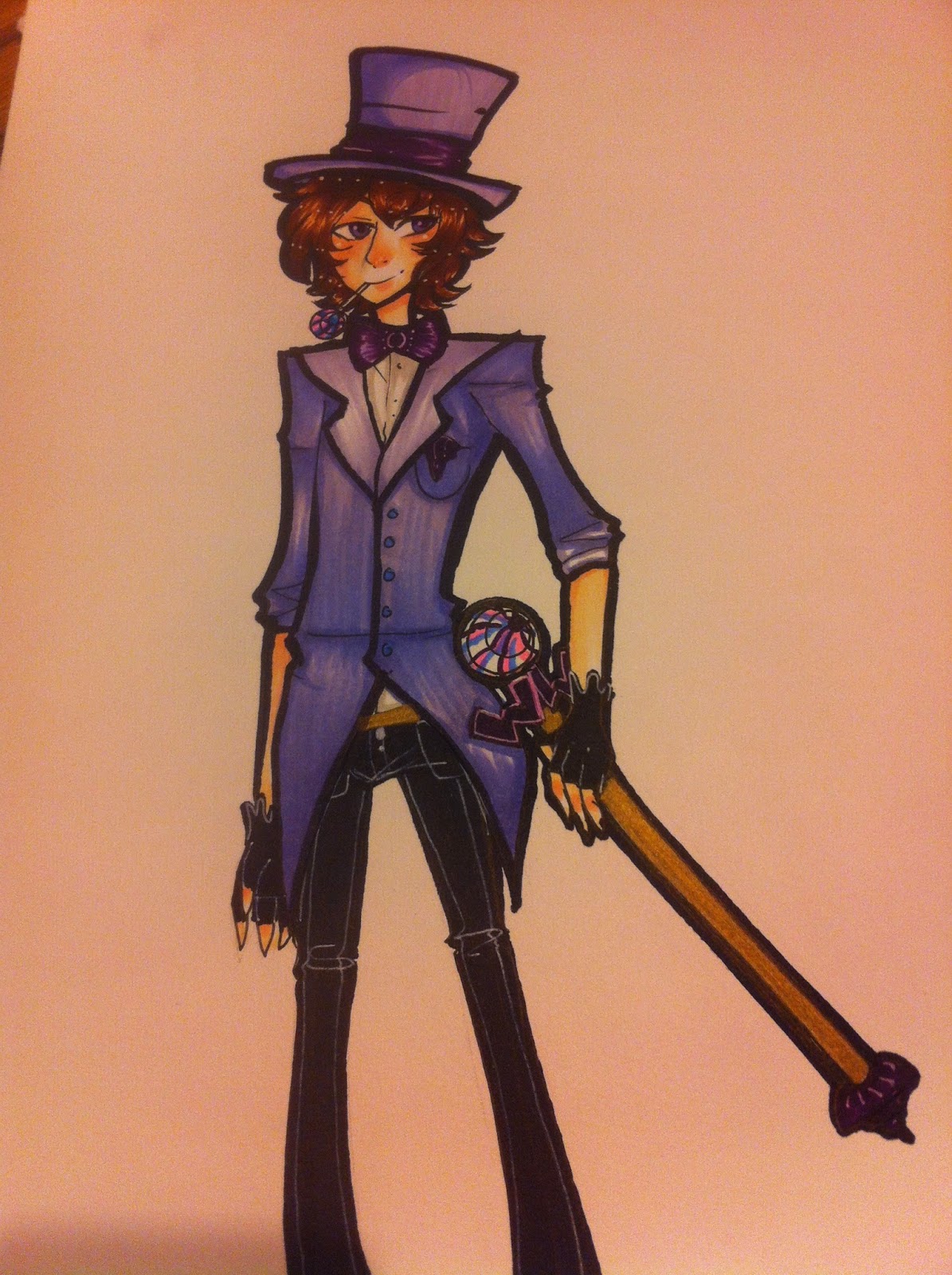 This is Willy Wonka and was probably our very favorite musical that we did with Ms. Shannnon. Willy Wonka was the first musical we did on our own and it has special memories. 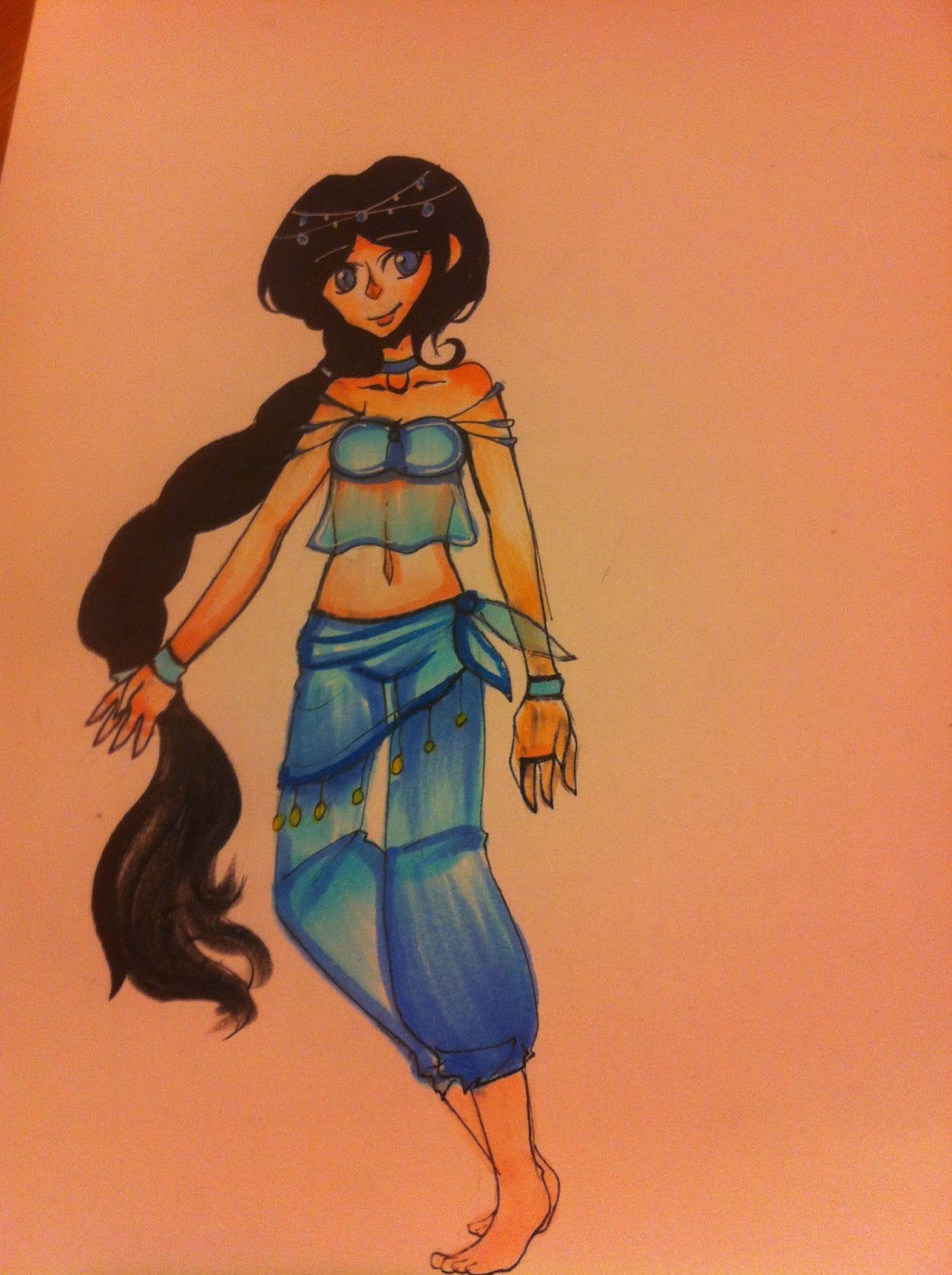 In Aladdin Grace was the Genie and this would have been our second favorite musical. 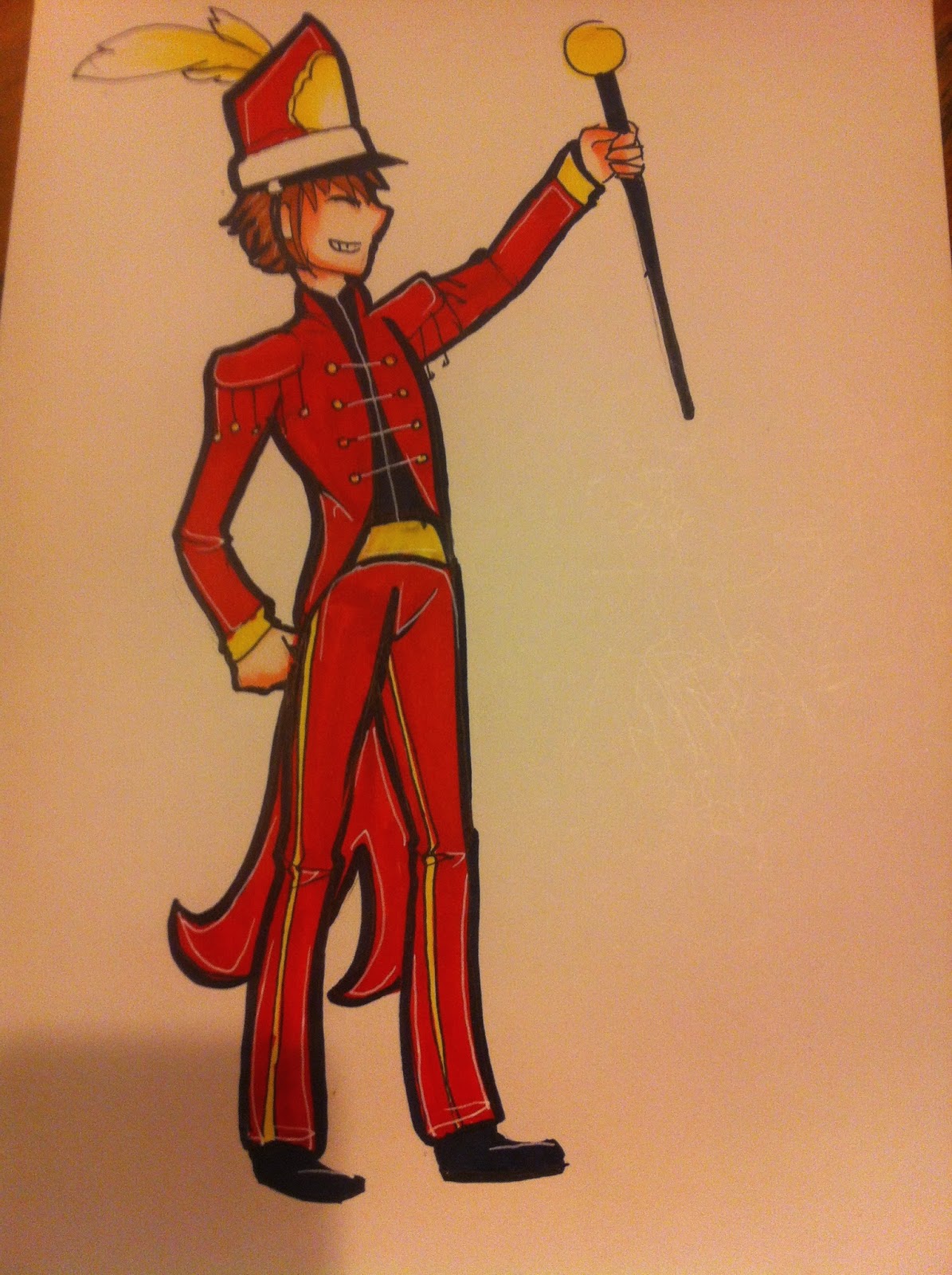 This is from the Music Man and I never thought we would of enjoyed it as much as we did. The music from the play has stuck in our heads for years. 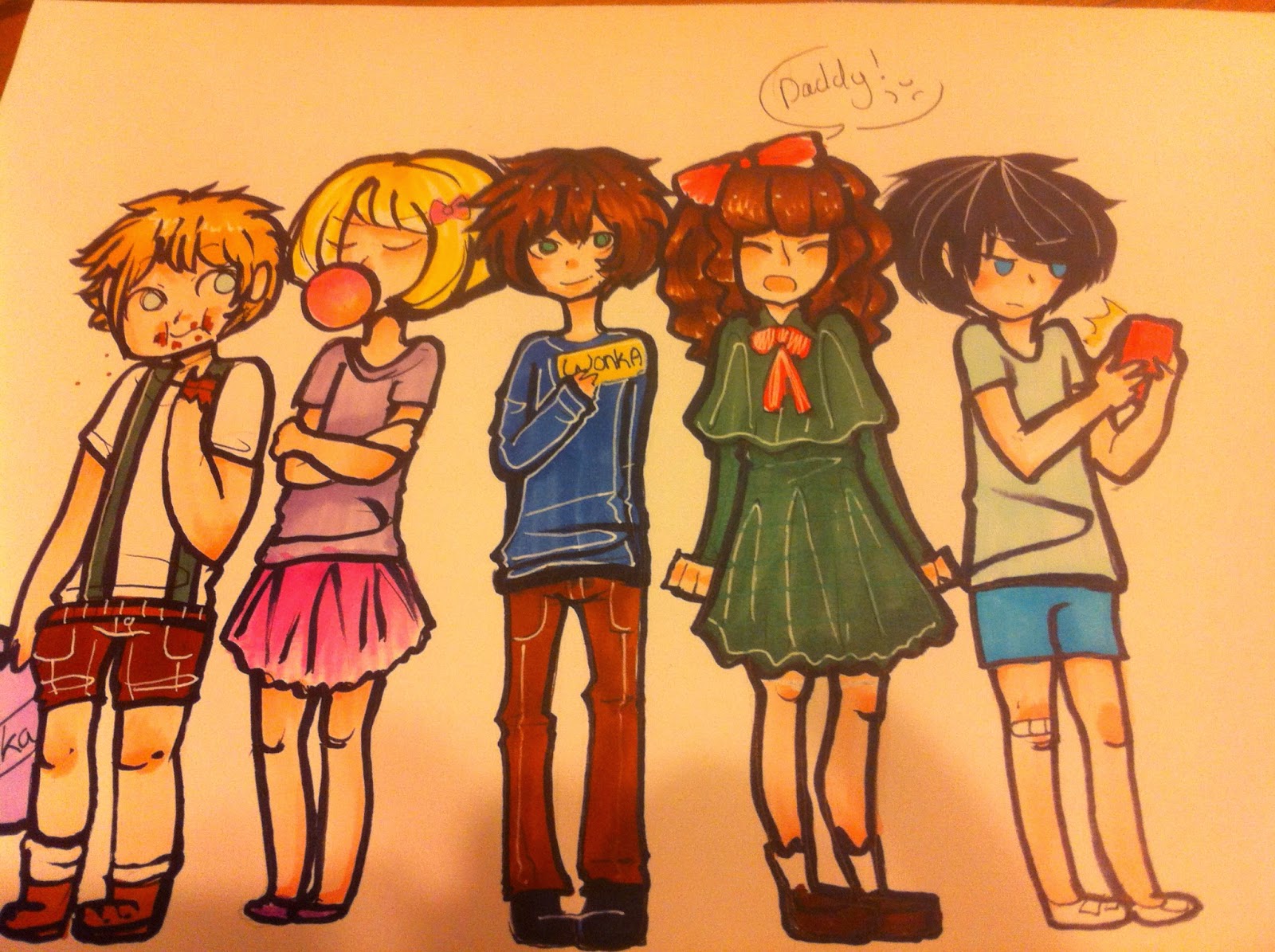 The final picture is all the kids from Willy Wonka. I love how Grace did the chocolate of Augustus' face. In this musical Grace played Veruca. Again all the music from Willy Wonka is still sung from time to time and we even still have the cd in the car to listen to when the mood strikes. 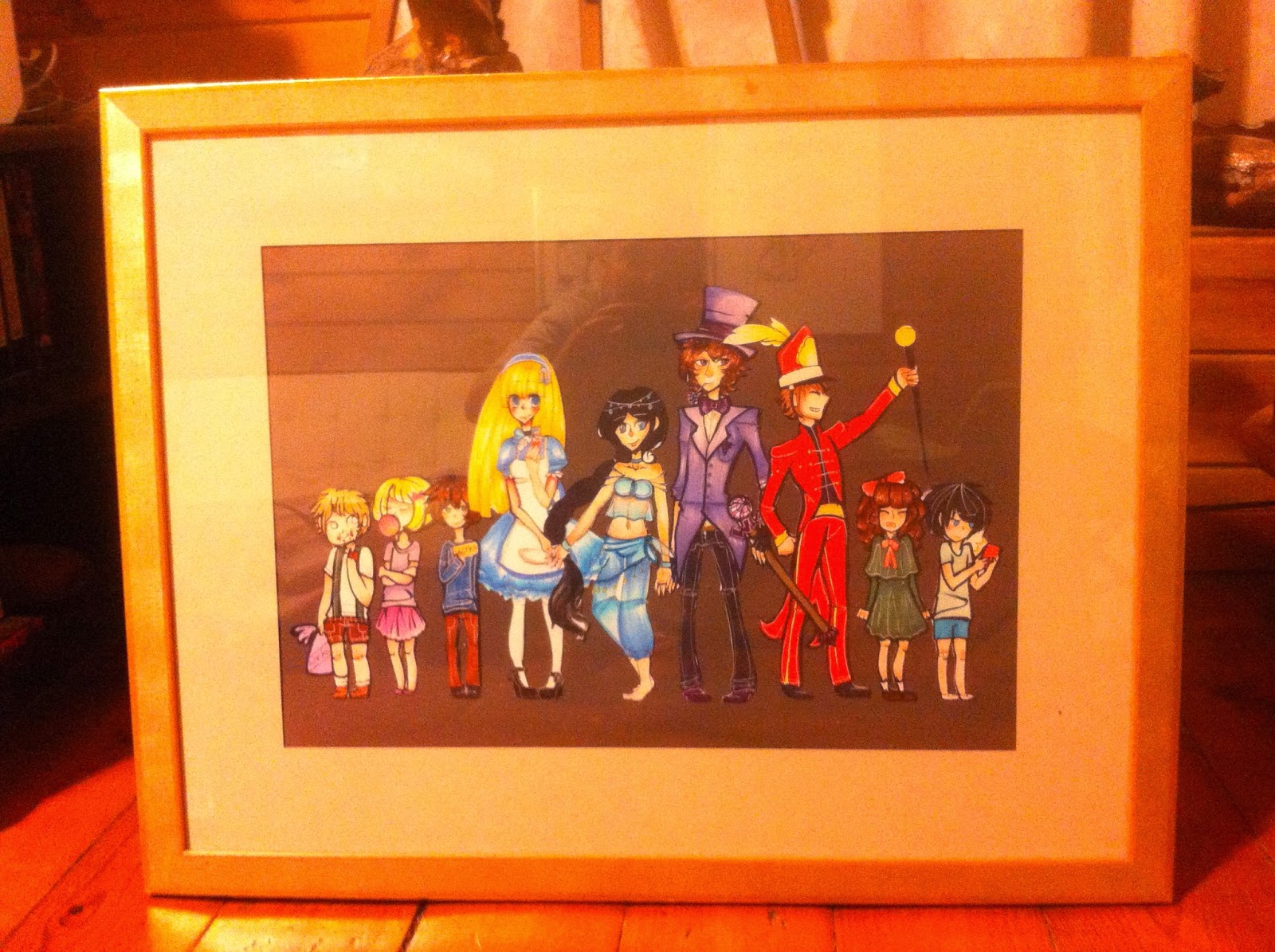 Scott cut out all the characters and created a collage. We presented the gift to our friend last night at a going away party that was held after our recital performances. I think it went over well and hopefully she will enjoy it for years to come and will have something to remember us all by when she moves. 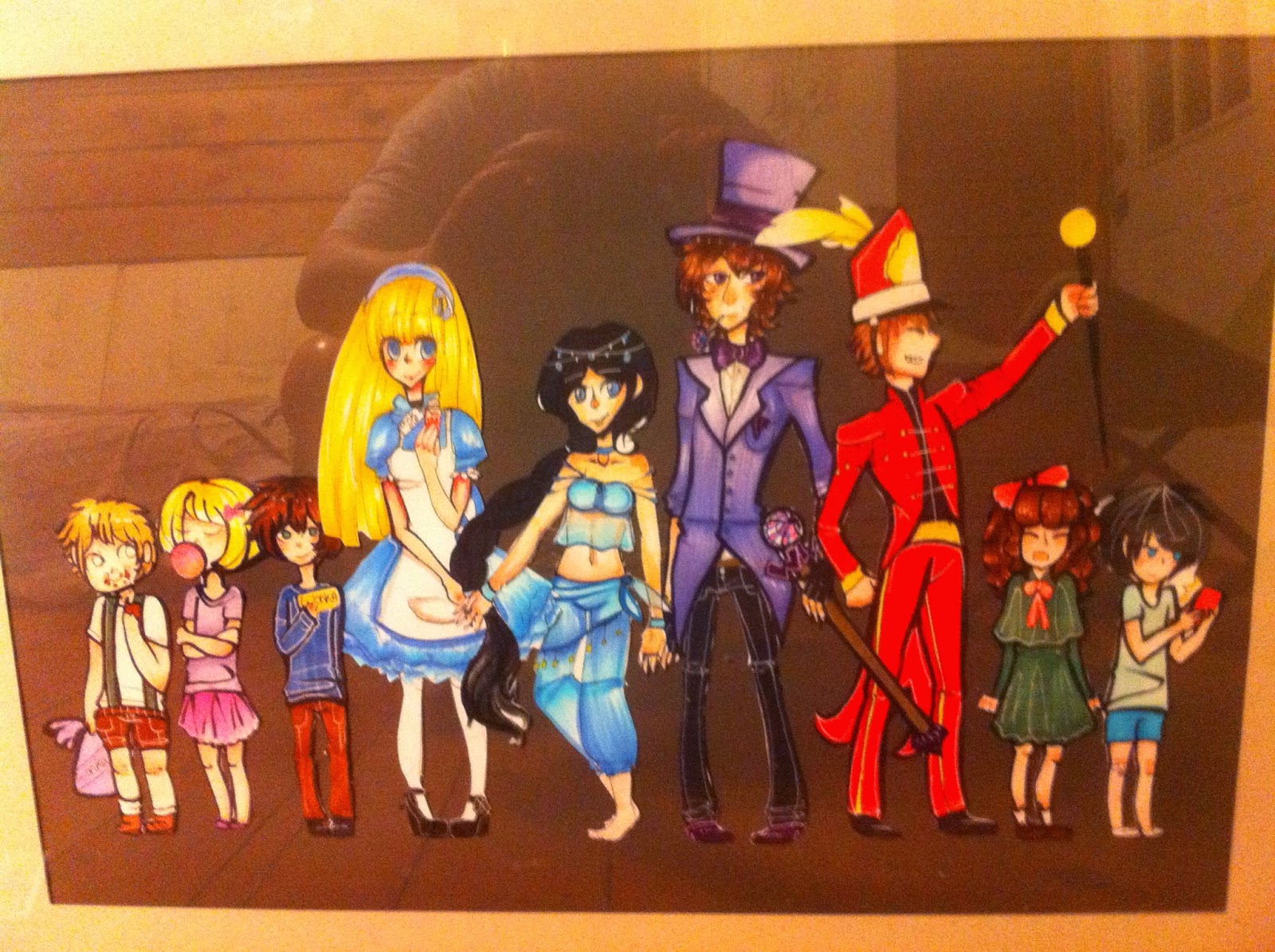 That collage is beautiful! She is crazy talented!!!

Has she ever thought of commissioning her work? This is so unique and I could see how people could do this for gifts with favorite book characters (like the cast of characters from Harry Potter). It is gorgeous and a lovely gift to share with your friends.

She is sooo talented. Debbie W was saying she wanted a print of that wonderful picture. Now I am singing, "Gary, Indiana, Gary Indiana . . ."