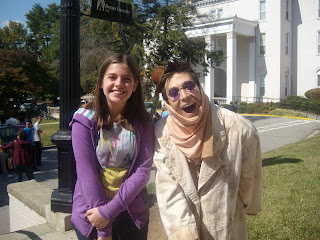 Hands down our favorite field trip every year is to go see a Wonderquest performance. This year is our fifth year of attending. Over the five years we have seen The Emperor's New Clothes, Robin Hood, Briar Rabbit, The Fire Dragon, and this year's James and the Giant Peach. Grace wants to perform in this performance hall so bad. Another option she is looking at for her future is attending this college as a theatre major. She just loves performing. Below is a photo with grasshopper and James. The character in the above photo is the earthworm. This guy did an incredible job of making you believe he was actually an earthworm. 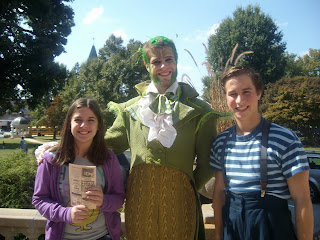 Below is the centipede. The same actor played Briar Gator in last year's performance. 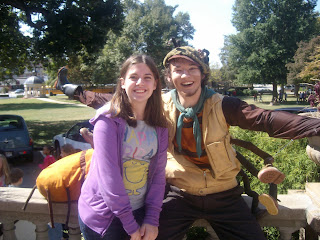 This actress played the spider. Her costume was awesome. 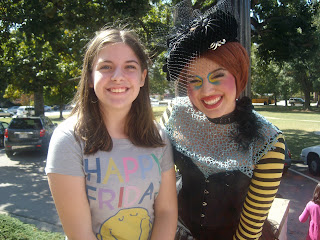 The last photo is the ladybug. She asked Grace if she was a homeschooler and when we said yes, she told us she was home schooled also. We told her that Grace was very much into drama and performing and she said Grace really needed to come and audition. A few children are selected each year to play extra characters. We so wish that Wonderquest had more than one performance a year. My photo wouldn't load of the set but it was also amazing. 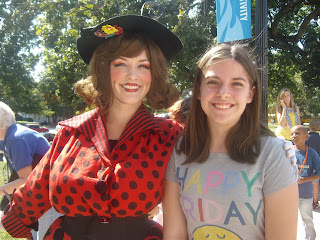 I love it when we meet people that were homeschooled and are now good role models.