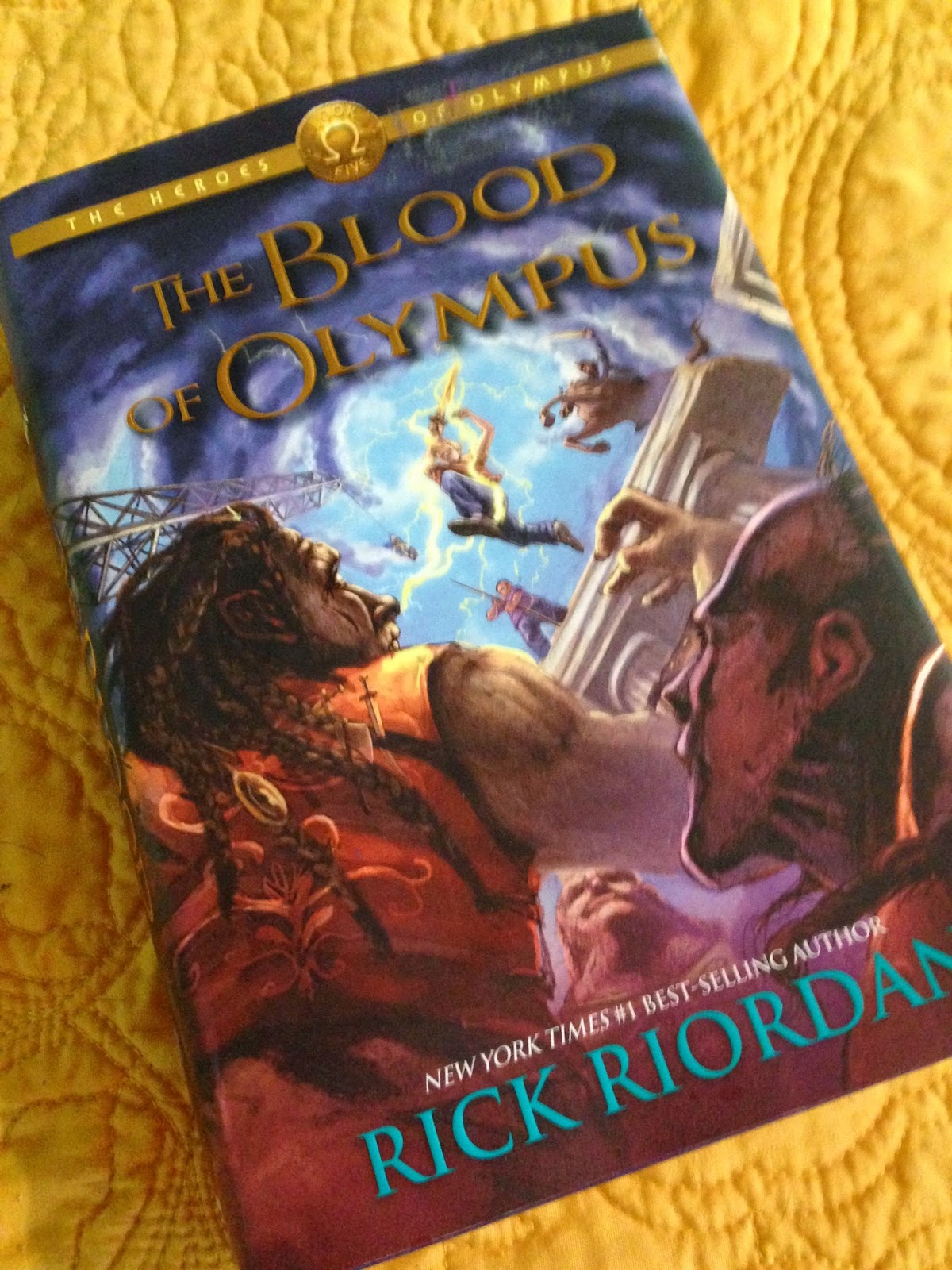 As I have mentioned many times before - we love Greek Mythology and The Percy Jackson Series. In fact, The Percy Jackson Series is what ignited our love of Greek Mythology. We started reading the first series when Grace was about nine and continued with it until it was finished. We were thrilled when we learned a second series (The Heroes of Olympus) would be another five books we could look forward to. One out each year. The first four we again read together aloud. This go around Grace read it first for a book report and couldn't get but about three quarters of the way through it before just walking away and not finishing it. I then picked it up and was determined to finish it on my own. Much enjoyment was always had by these books, but, and I'm sure you saw this coming, there was one item  in the fourth book that didn't set well with me.
*Spoiler Alert*
The fifth and final book was a real disappoint to me. I finished it only because I wanted to know what happened at the end. Percy and Annabeth seemed to be afterthoughts in this book. Only a handful of chapters in the whole book related to them. Don't get me wrong I did like all the characters introduced in this series, but Percy and Annabeth where the glue to this entire series and I felt it was a disservice to not include them more. All five books led up to what one would think would be an epic battle with Gaea only to have her destroyed in less than a paragraph or two. The ending had everyone finding their "happy ending", but Leo and Calypso's reunion was very short and actually ended the book with almost like a cliff hanger of where they were going, but we all know this was the last book because the author is moving on to Norse Mythology with a new series to come out this fall. One last point I would like to make is the fact that the entire book seemed disjointed with all the characters spread out completing different tasks until meeting back up at the very end. It was like the author was trying to throw in every Greek mythological character he could to tie things up.
Anyway, I will get off my soap box now and just say for the most part I love everything that Rick Riordan writes. This one just didn't resonate with me. Other Percy Jackson fans may love it and that's okay, because we all have different opinions. All opinions in the post are my own and I bought this book myself.