Introducing My Other Children We have two human children and four non-human children in the house. Some of you may not be aware that I worked from the age of 17 until 38 in various animal hospitals. Over all those years I did take in some strays (mostly cats) along the way. The above picture though is the only pet I every actually bought. This is Angel (but is only called Puppy) and she was purchased as a Christmas gift for Grace five years ago. She is the baby of the family and boy does she know it. Daily Puppy is lavished with love from me and Grace. For 4 1/2 years she has slept every night with me until recently Grace has stolen her away and now she sleeps with her. Puppy goes on vacations with us and is rarely left behind. I am sure the other pets in the house feel slighted with all the attention she receives. 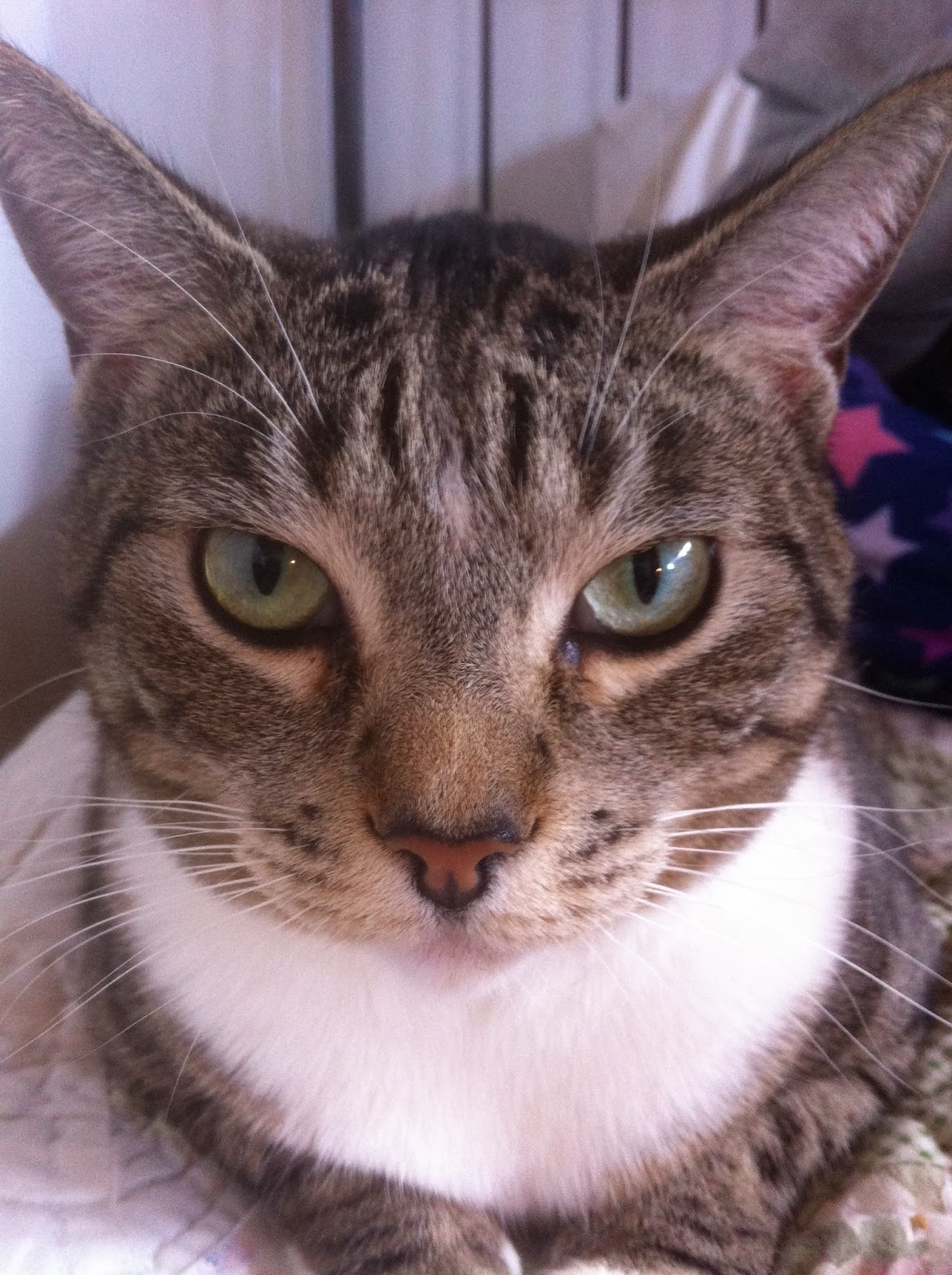 Next we have Silver. This kitty was the last addition to the family as of about three years ago. We found her as a kitten in the parking lot of a local Mexican restaurant. We had all intentions of finding a home for her, but we all know how that goes. She is very loving and very big. Silver has had some medical issues that are a bit odd. As a kitten she had an infection in her jaw that was so weird the doctor thought she actually had a tumor. Luckily that was not the case and after a long course of antibiotics she recovered. A few weeks following that it was discovered that she has a fairly severe heart ailment that was congenital. At any point she could actually become very ill and die, but so far she is good. 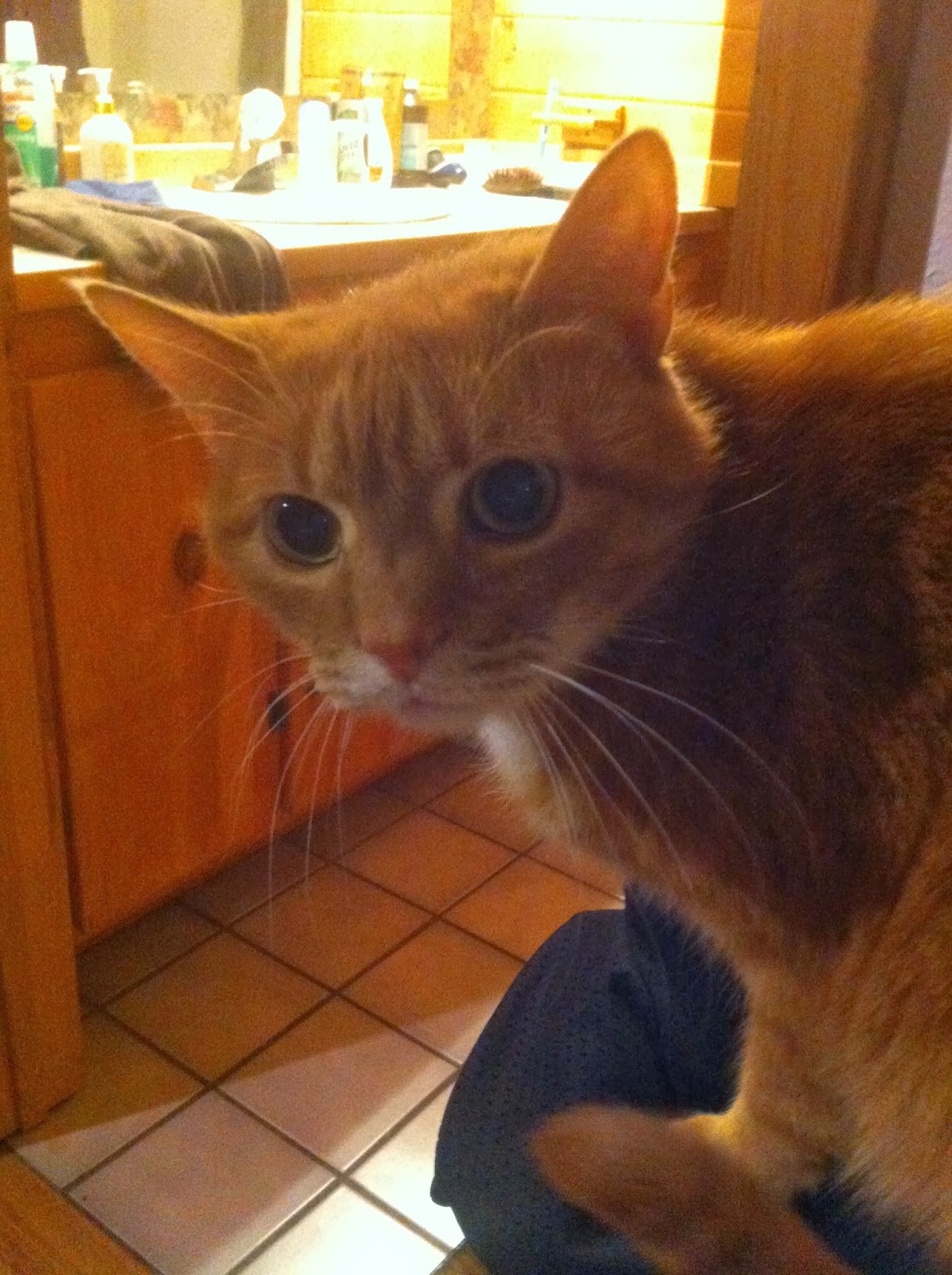 Now we meet Fernando. He also was found as a stray and had a hard start in life. Fernando was found in the bushes of my church as a 4 week old kitten with severe burns on his tongue and mouth. To this day we don't know if he licked something caustic or bit into something electrical. Again we were only supposed to keep him until he was well enough to be adopted, but his very loving nature won us over. Fernando has been with us for about 6 or 7 years. Funny story, when we bought Puppy and brought her into the fold Fernando wouldn't purr for me for almost a year and wasn't interested in getting love from me either. He eventually forgave me for bringing Puppy into the house and now loves us all the same. 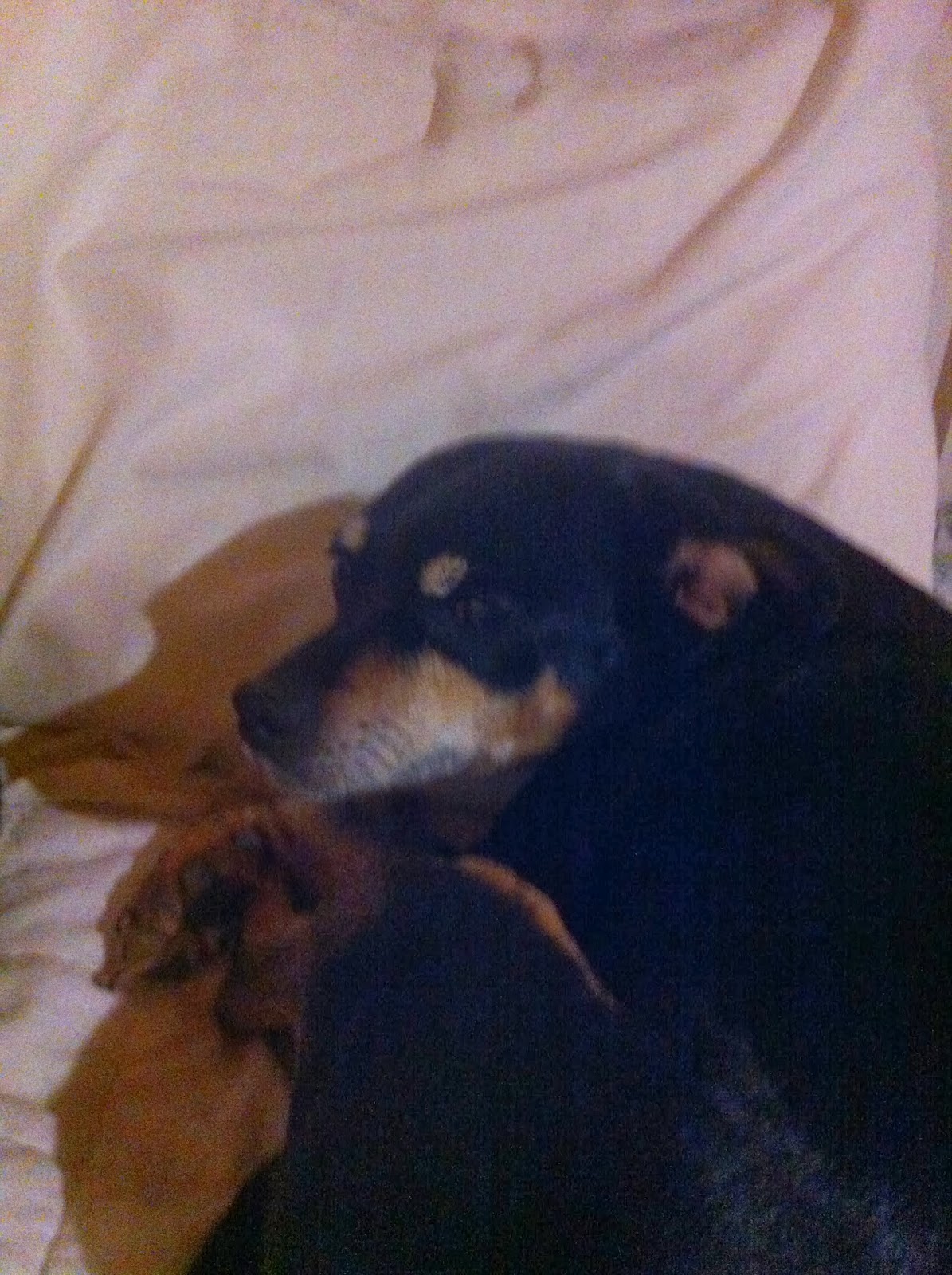 Doodle Bug is the oldest of the bunch. She has been with us for 13 years. She was brought into a local animal hospital for Parvo treatment as a puppy and the owners never came to pick her back up. She has been an odd dog from the very beginning. Friendly but can still get her cackles up very easy and will eat anything in sight. Following Easter one year we came home to find her bloated twice her size because she had gotten into the Easter basket (which was on the kitchen counter) and ate all the candy including chocolate from the basket.

Love your pets. We've never had a dog - mainly because we've been renting until recently. Miss 13 would love one just like your Angel I think. Right now we have one cat that Miss 13 picked for her 3rd birthday present. She's always been very aloof but has got friendlier over the years (the cat that is - not Miss 13!). We've also got a budgie and 3 frogs. In the past we've had rabbits and a guinea pig as well, and Miss 13 is plotting to add one or more to the family again.

Your house is like our's. Most of our's are rescues in one way or the other, too. I feel like the Lord puts them in our paths for a reason.