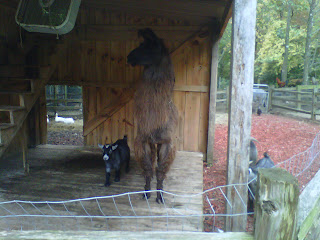 Today we toured the place where our drama ministry team will be on a retreat in November. We are blessed that one of the families involved with the ministry team owns a horse stable/camp and has offered it to us to use for free. Toward the back of the property they have chickens, quail, turkeys and peacocks. I learned that in captivity peacocks will not sit on their own eggs which is why they keep the turkeys. In one of the turkey pens I saw three juvenile peacocks. Also something very funny...while we were walking around looking at the birds I heard voices like coming from a television. I asked one of the boys if it was a tv and he said yes. I said oh so does that mean your house is nearby, he said no. The tv was for the Llama. The llama likes to watch television. The owners run a tv off and on through the day for the llama. The kids are going to have a great time at this retreat. 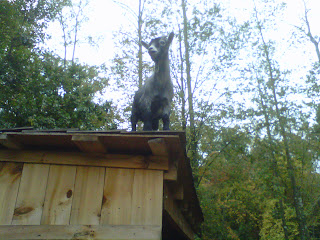 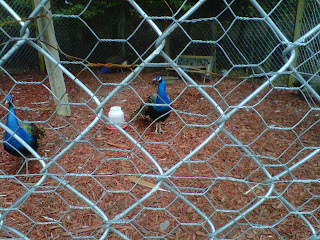 I love the idea of the tv for the llama! We leave the radio on if we are leaving Alfie on his own for a while x