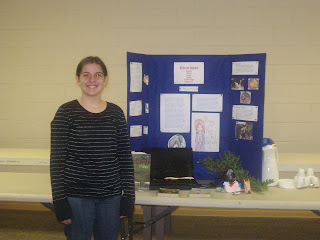 Each year our home school group hosts a Geography Festival. Four out of the last five years I have been in charge including this year. Originally we had 13 families participating, but at the last minute a few families dropped out. Each child/family picks a country and creates a display about what they learned as well as cook a dish from that country. This year Grace picked Japan because she is still crazy about manga and anime. Grace decided to focus on the Arts of Japan: origami, kabuki theater, bonsai trees, manga, tea ceremony and calligraphy. The Geography Festival is probably Grace's favorite activity to participate with each year. 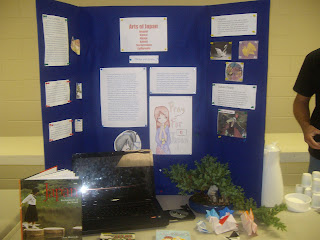