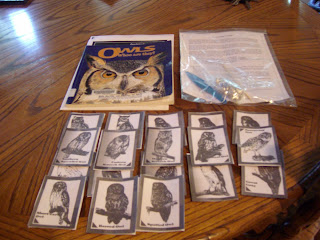 Welcome to our summer school. To many it may not look like school, but to all those unschoolers out there I am sure they will acknowledge the learning going on in our house. Today was the long awaited day of dissecting the owl pellet. Over the past couple of weeks I had collected a few items about owls that I thought Grace might find interesting. For our first go around with this sort of thing I ordered a synthetic owl pellet to get away from the gross factor. The synthetic was a bit disappointing because all the bones were in the middle and Grace didn't really have to do any investigating to find much. From our bone chart we did determine that the bones were from a rodent. Now Grace wants me to order the real deal. With the owl pellets being very inexpensive I have no problem with that. All the owls cards above are owls found in North America. We sorted out the cards that could be found in the South and it was narrowed down to Great Horned Owl, Barred Owl, Barn Owl, and Eastern Screech Owl. Most owl pellets sold for dissection come from the Barn Owl. 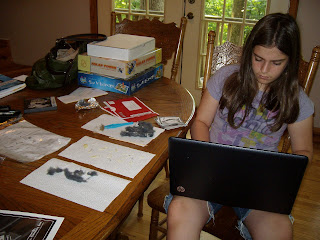 Grace looked up pictures on the Internet of the owls found in our area as well as the Elf Owl and the Pygmy Owl. These guys are as small as sparrows. Some interesting facts we learned: A clutch of young Barn Owls will eat a total of 1000 mice before leaving the nest. In captivity some species of owls can live 30-60 years. I have always had a fascination with owls. Talked to hubby yesterday about possibly building an owl box, but we are hesitant because of the chickens in the backyard. Even though they are in covered runs we are still hesitant. 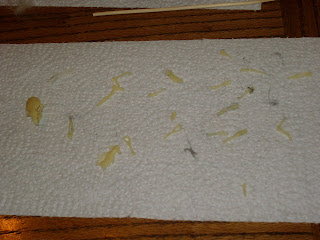 Other things we tackled today was an Imax video about Egypt, 30 minutes of reading on her part from Peter and the Shadow Thieves, one chapter of a read aloud from The Kane Chronicles, and she is also working on some animation from software she downloaded from the Internet for her Bamboo pen.