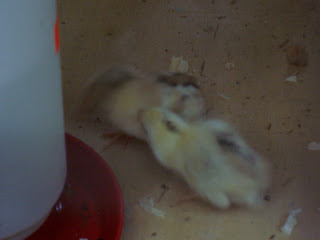 The last batch of baby chicks was born on Monday. Everything has gone off without a hitch so far. We bounced back and forth about taking the chicks from the mother or leaving them for the duration. Yesterday morning the decision was to leave them with her because she finally came down out of the nesting box to show her baby chicks what to do. But by the afternoon she was trying to steal an egg away from another sitting hen. We decided it was time to move the two inside and tell Speckles to get over the sitting, she was booted back in to the run with the other hens and rooster. 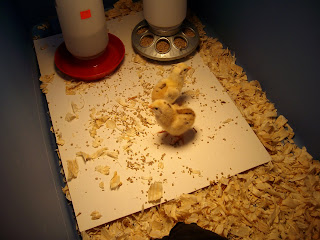 Now we have a brooder back in the house again. Only this time we have two chicks to take care of instead of six. They were very noisy for the first couple of hours looking for their mom. Grace held then for quite a while and this helped tremendously. They woke up three or four times during the night, but seem to be eating and drinking well on their own. Today is day four of their lives. 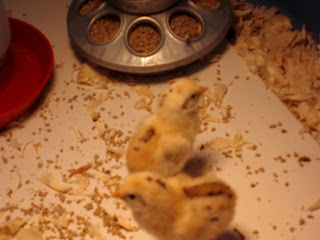 I knew I had not shared a picture of the Buffs in a while. These girls are just the best. Friendly, calm, everything you would want in a hen. Growing very big very fast. They are only 10 weeks old. 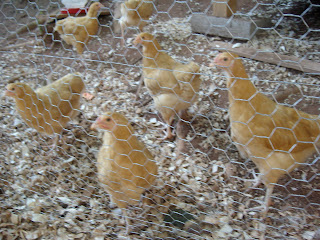 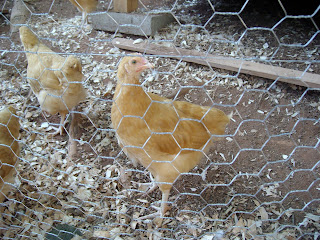