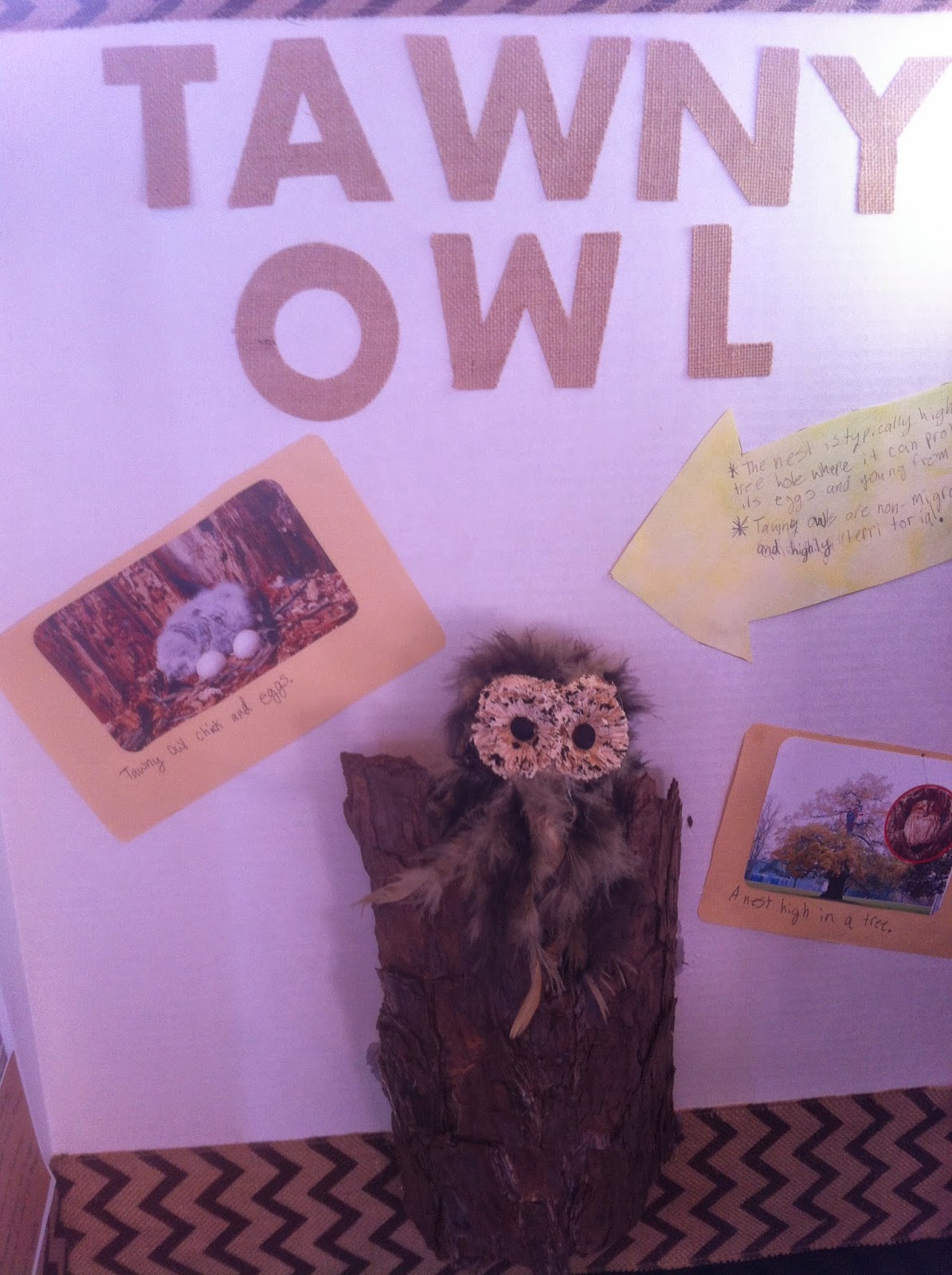 My "littles" really took my at my word. The past couple of weeks we did a short study about owls. I asked them to chose an owl species and do a project for me. Not just any project but something that would wow me. They did a great job. One of my students has been out sick for 4 weeks and I know she has already finished her project as well. So I am eager to see hers next week when she returns. 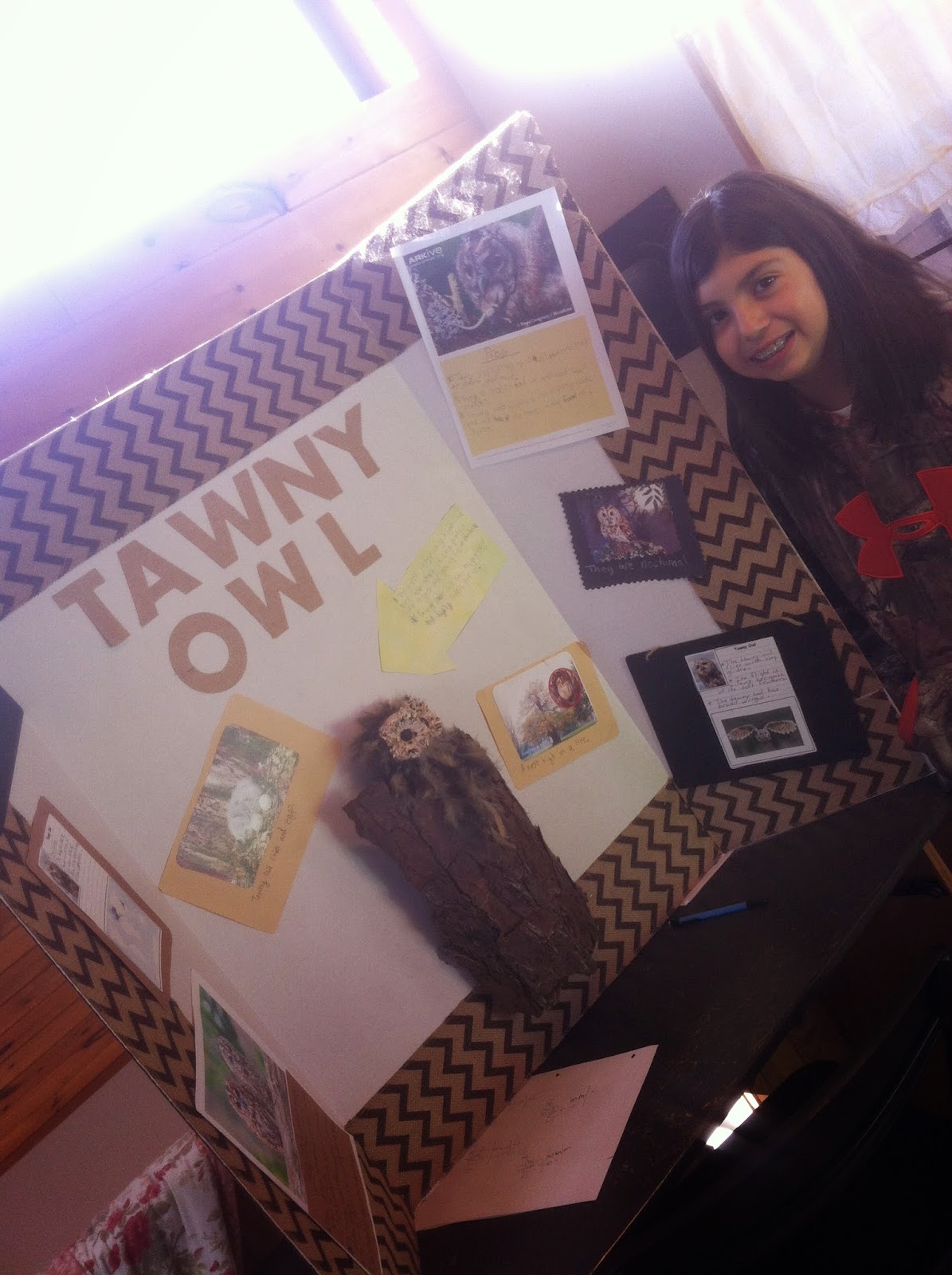 The creativity was just incredible. Of course this is a Tawny Owl and the girls named her Brittany. 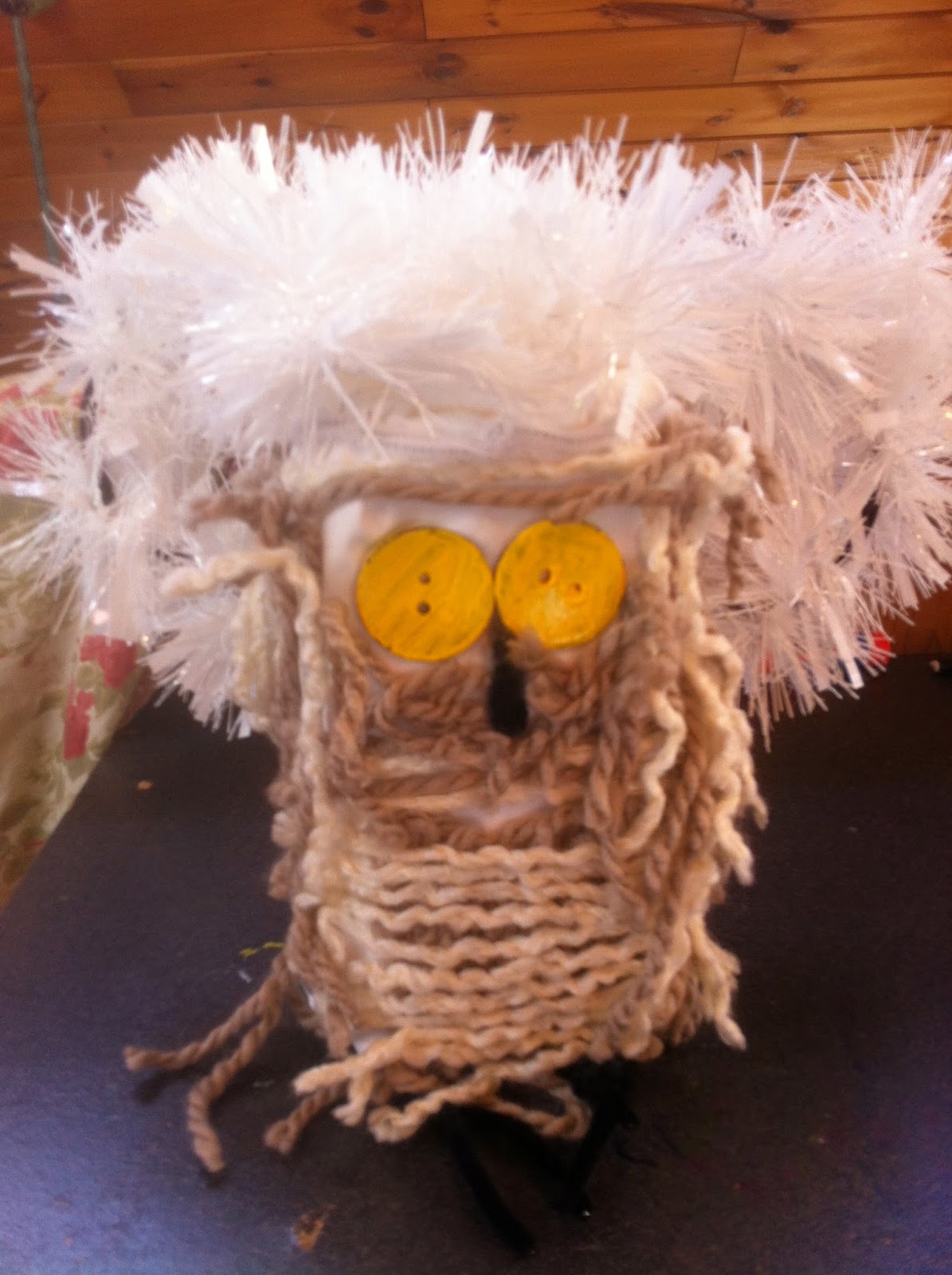 This guy is a Snowy Owl and was lovingly named Alvin. 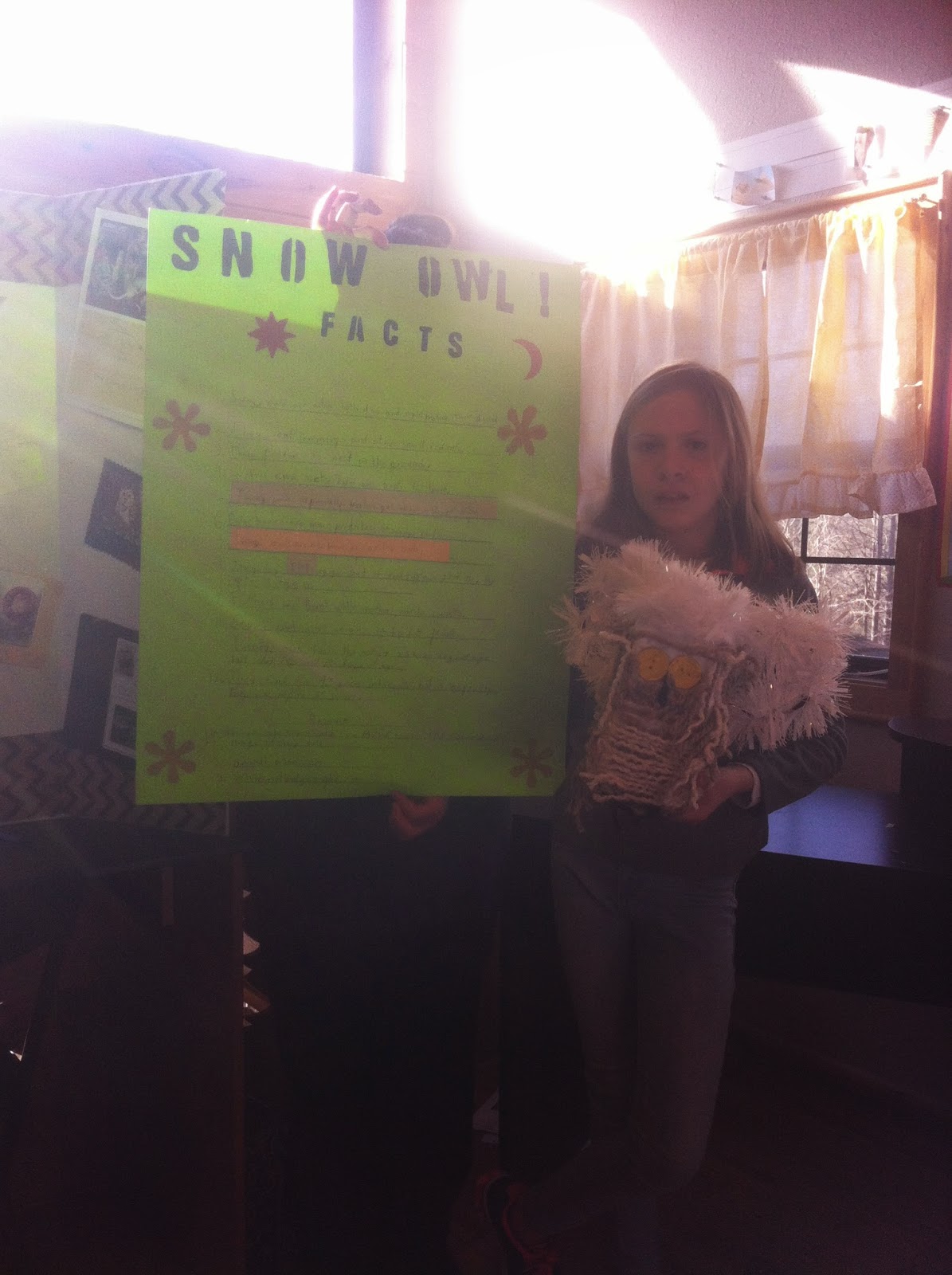 They did presentations in front of me, Scott, and Grace. They were a little nervous in the beginning but warmed up to it as they went along. 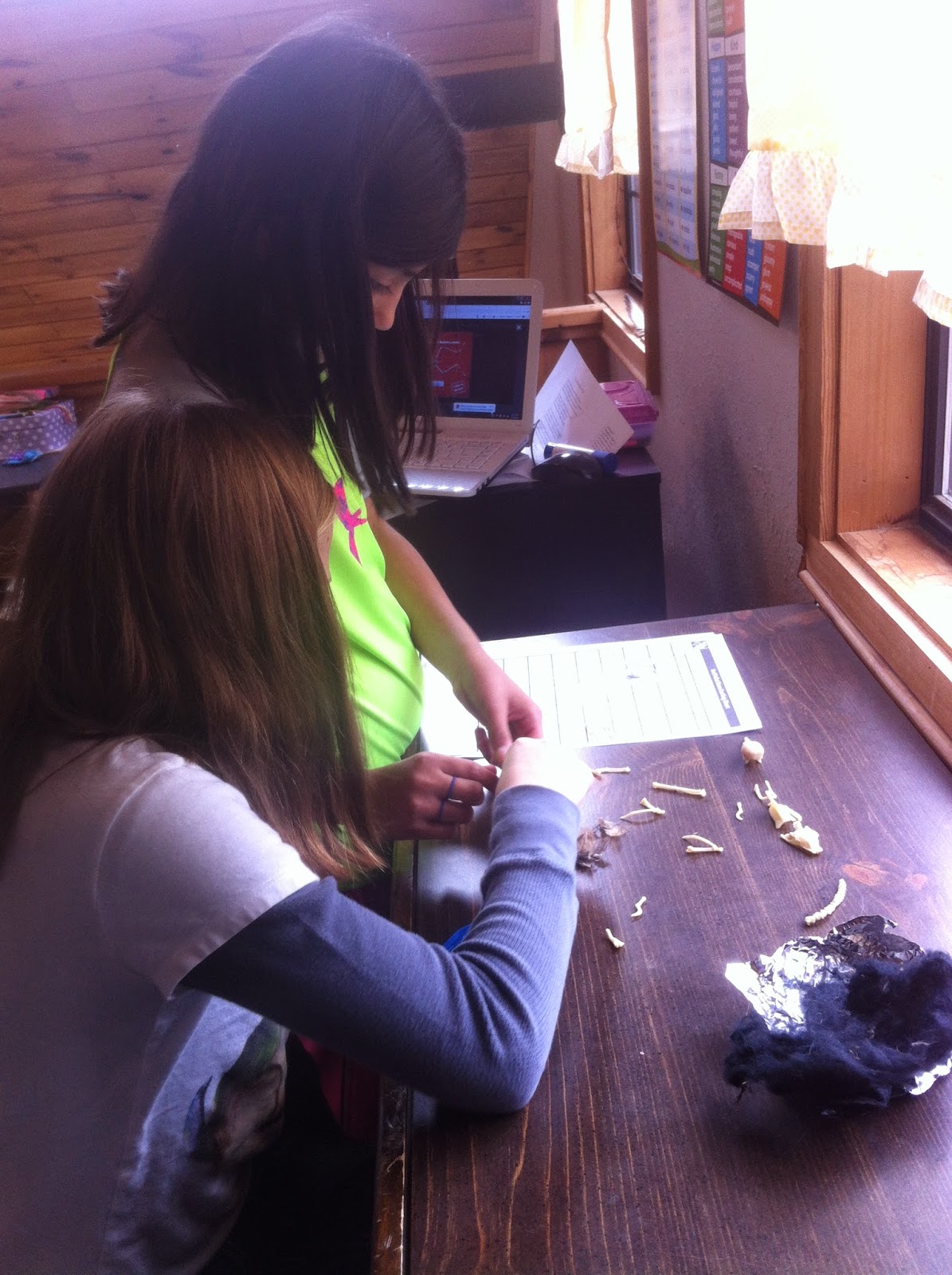 Last week they also dissected owl pellets. I chose to do the synthesized pellets instead of real ones. No muss, no fuss. The girls enjoyed most putting the skeletons back together. Once dissected we had a bird skeleton and a mole skeleton.

I didn't know you could get synthetic owl pellets. We can't get real ones here (and can't import them) but I should be able to import a synthetic one. Miss 14 would love it.