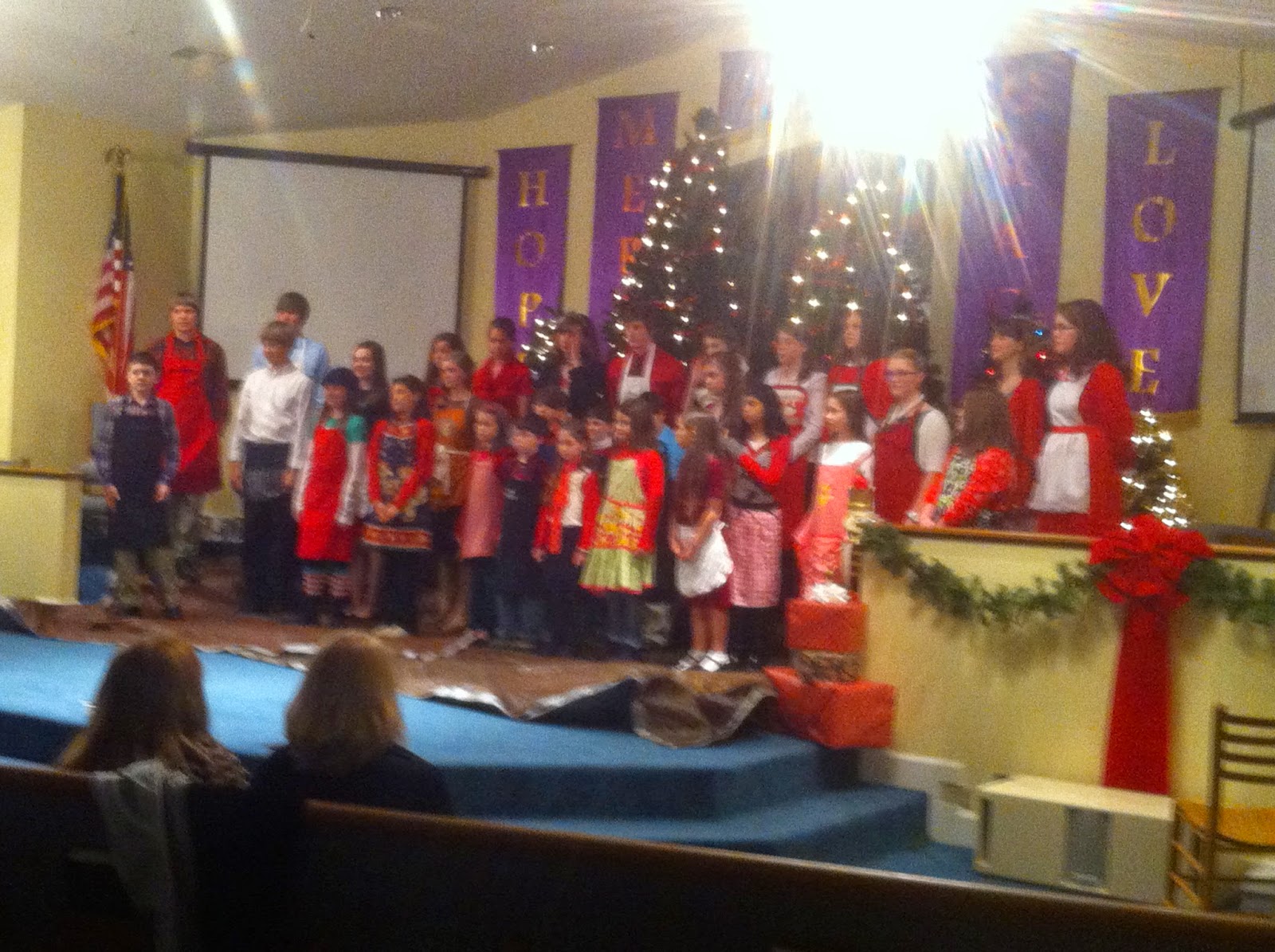 This Cooperative has been one of the best things I have ever been involved. We are finishing up our third year as an extended fine arts cooperative and last night's program could not have been better. Sixty students are involved in our cooperative with about 35 participating last night in the end of the semester Christmas Extravaganza. I really could not be prouder. They were wonderful. This was my first go at directing the drama production, with the help of my co-director since my main drama teacher had moved away. She came last night to the performance and thought it was wonderful. That is like getting the golden seal of approval. So I was a very happy camper. You may ask, "Why in the world are there tarps under the choirs that are singing"? Well, they were performing a very creative song about baking a fruitcake and every ingredient that was mentioned was thrown onto the floor. 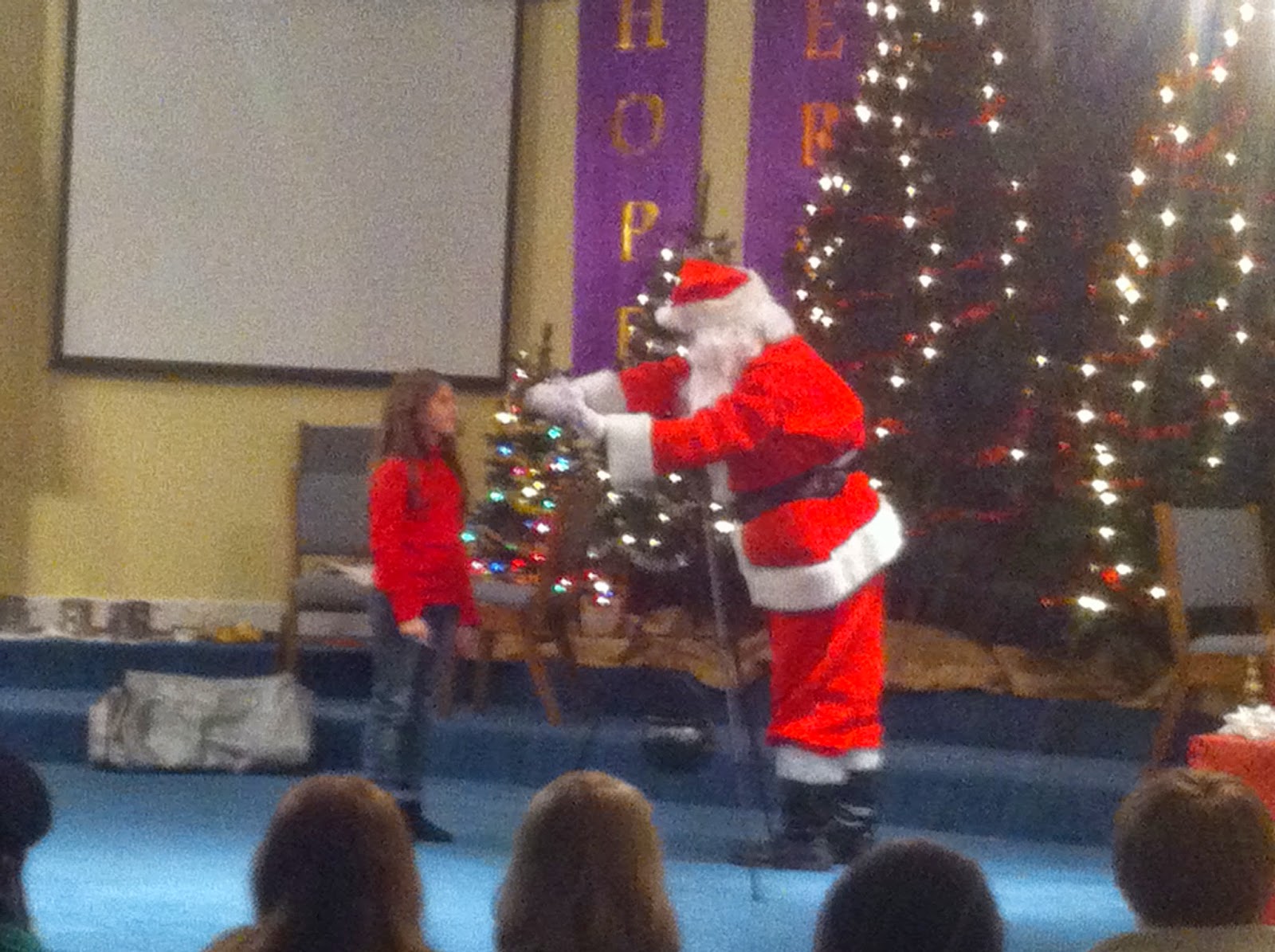 This was probably my favorite skit. Santa's Pop Quiz was a young girl quizzing Santa and just giving him a hard time. You don't figure out until the end of the skit that it is his daughter getting him ready to answer other kids questions about Santa while collecting money on the street for charity. 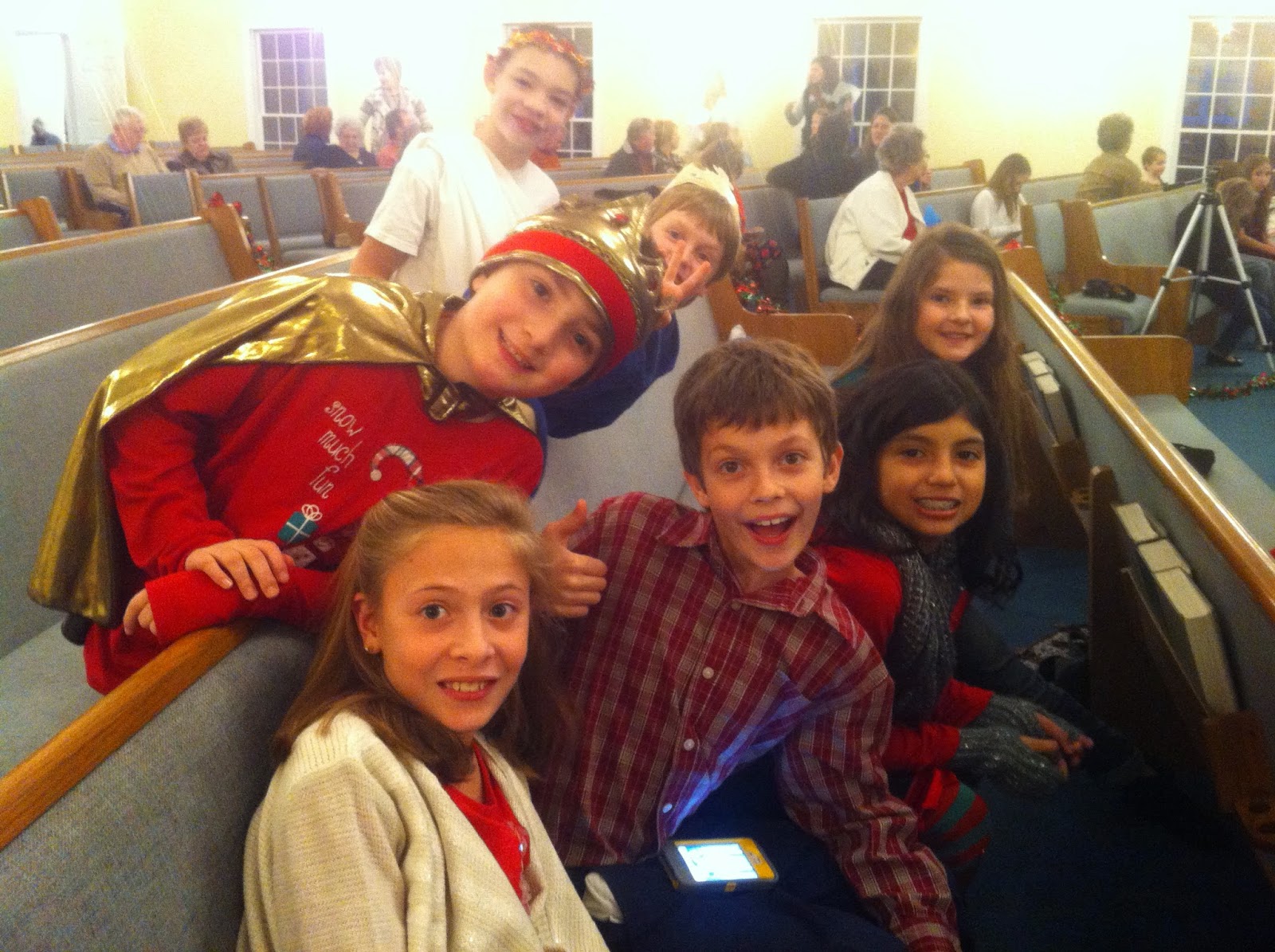 I love each and every one of these kids. Most times I treat them like my own. Some of the older kids I have know for years and a few just for the last 2 years. Doesn't matter. I love them all the same and look so forward to working with them each and every Tuesday that we meet. 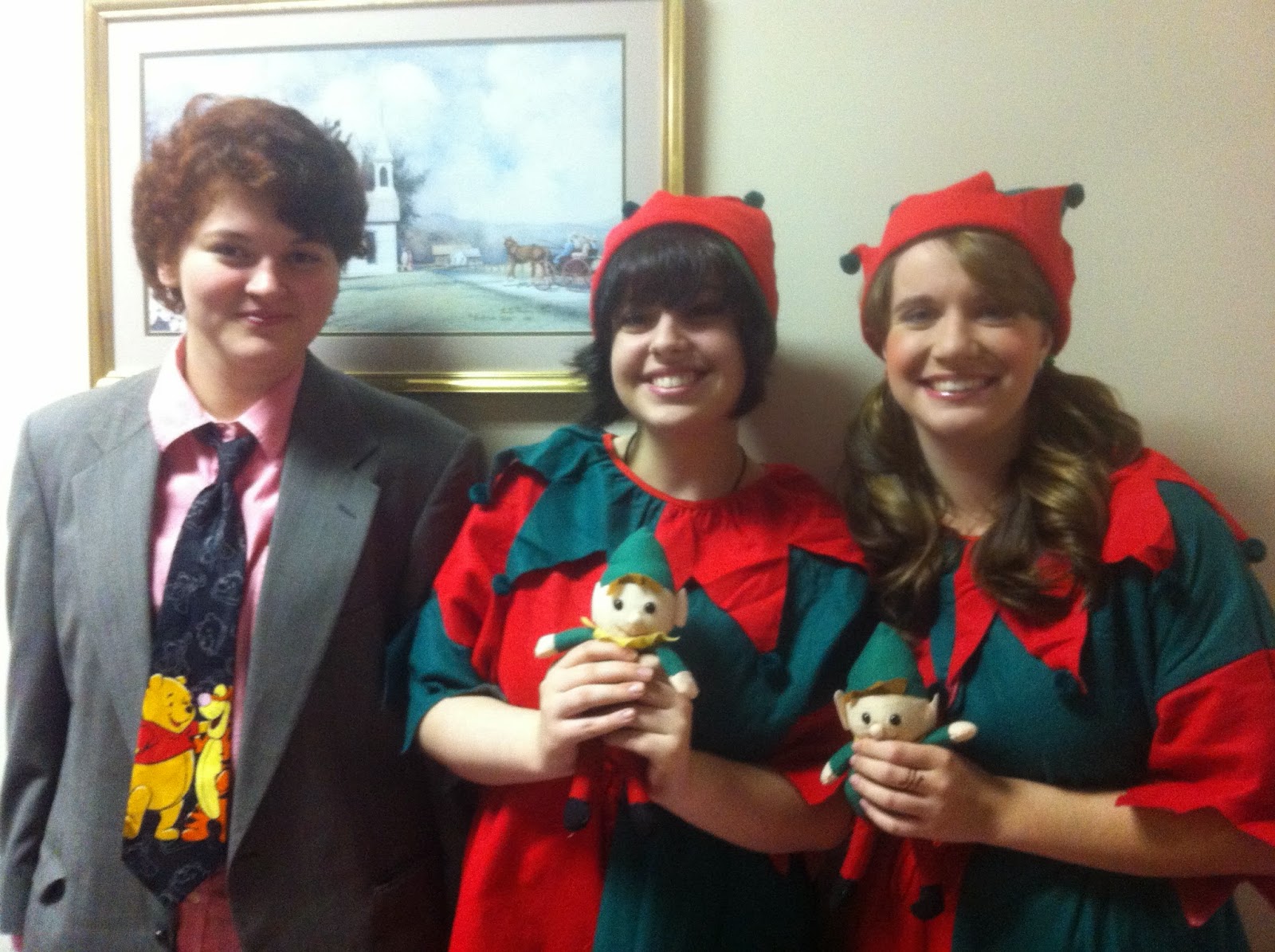 Here is Grace with two of her closest friends at Co-op. Grace was in the Two Elves skit that told a lot of short jokes. They also manned the ticket table for me. All the funds collected at last night's event will go to building us a new stage in our new location starting in January. 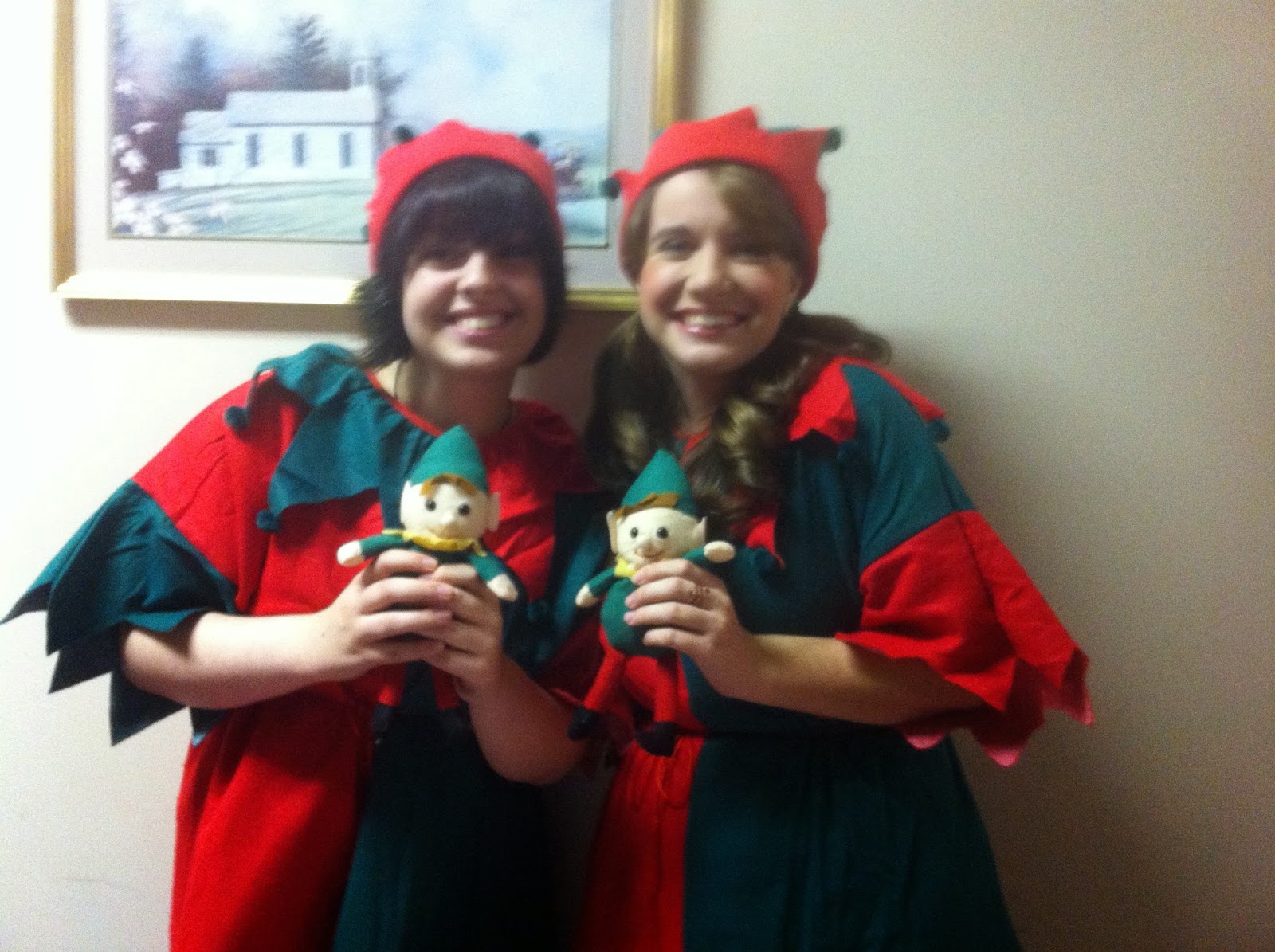 I can't believe I didn't get a picture of Grace on stage in her skit, but being a director and stage hand for the whole program kind of limited me to when I could go and take a picture. 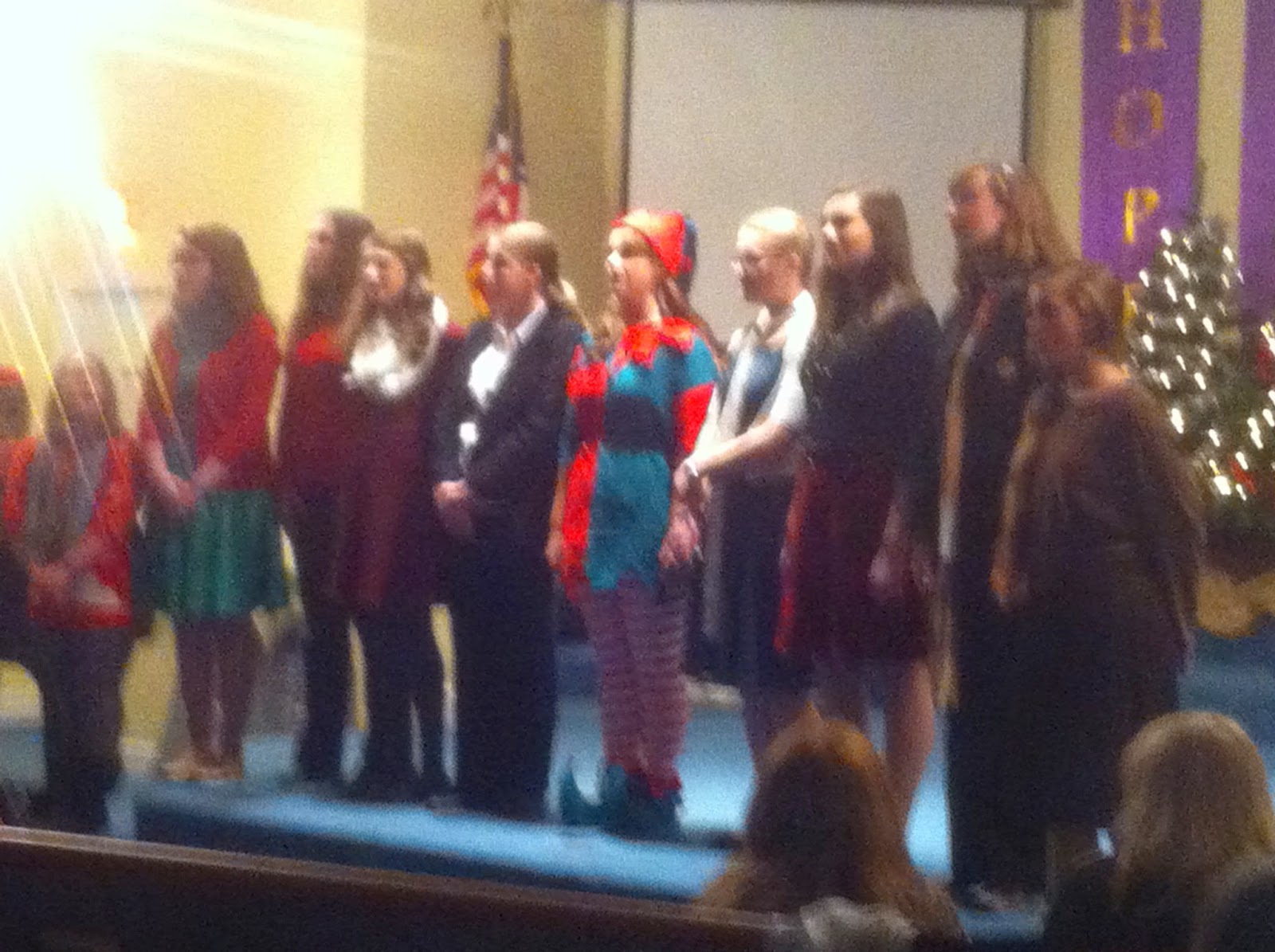 This was Girls Ensemble singing in between skits. I am looking most forward to Grace being a part of this group starting in January. 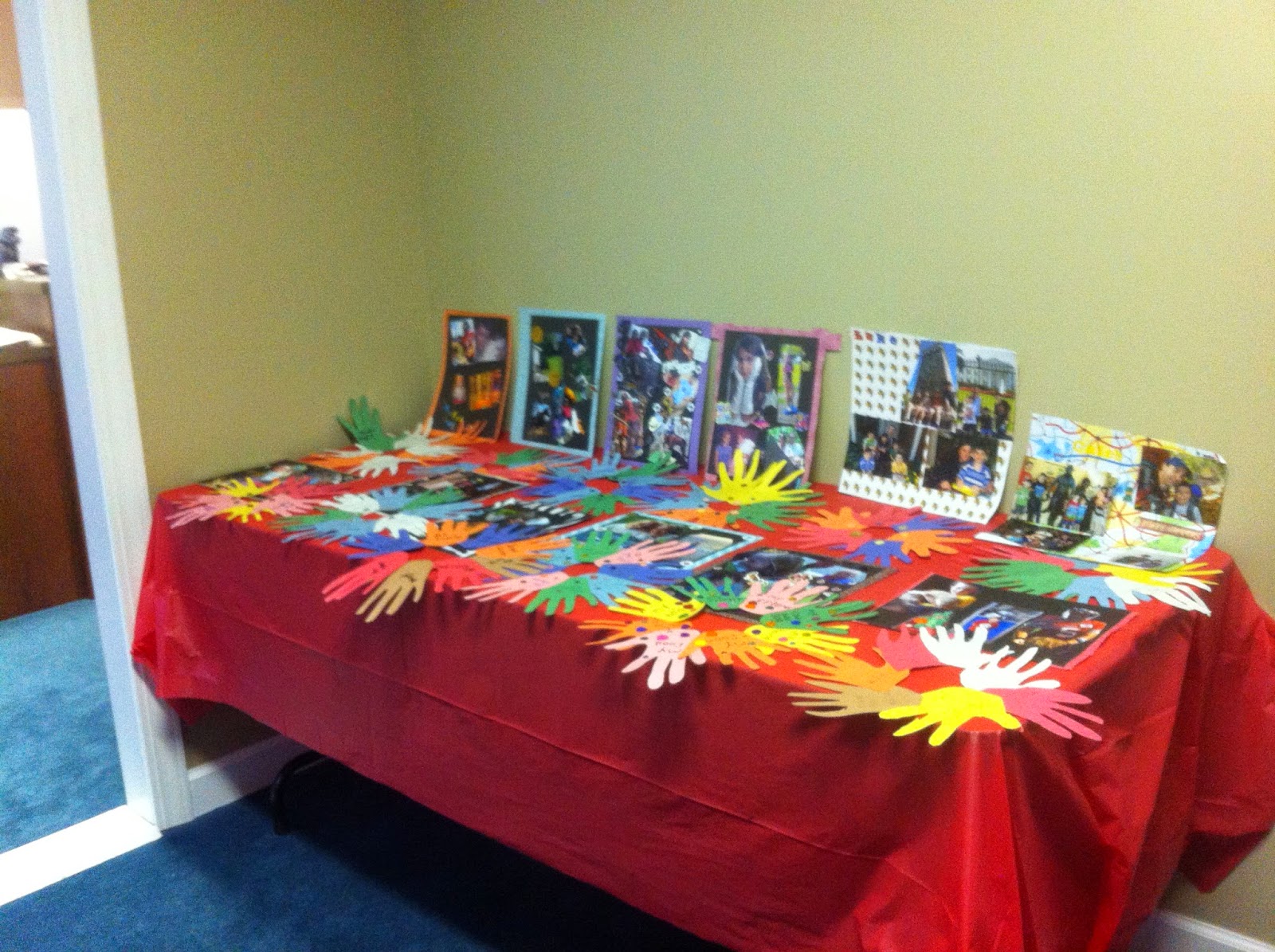 The Cooperative also had the end of the semester art shows for high school art, elementary art, and the Keepers and Contenders Class. I think it would be safe to say that we had at least 200 people in attendance last night. 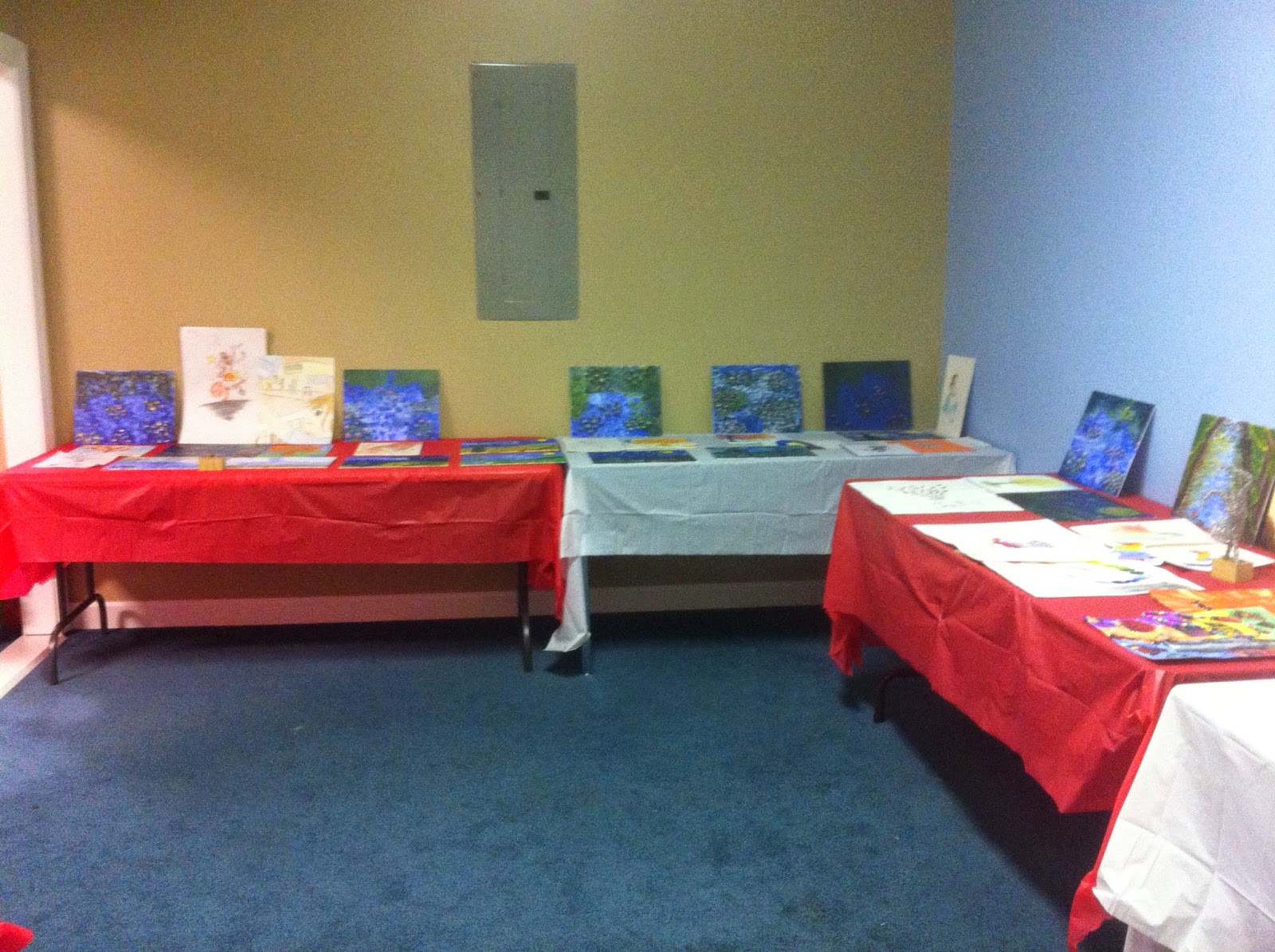 I can't say enough about how wonderful a night it was. Also a great big thanks to my teachers, families, and students for helping us pull off this fantastic night. This program really helped to kick of the Christmas Season and hopefully bring a little joy to everyone's life. I know it sure did for me!