New Art for the Myths and Legends Art Show 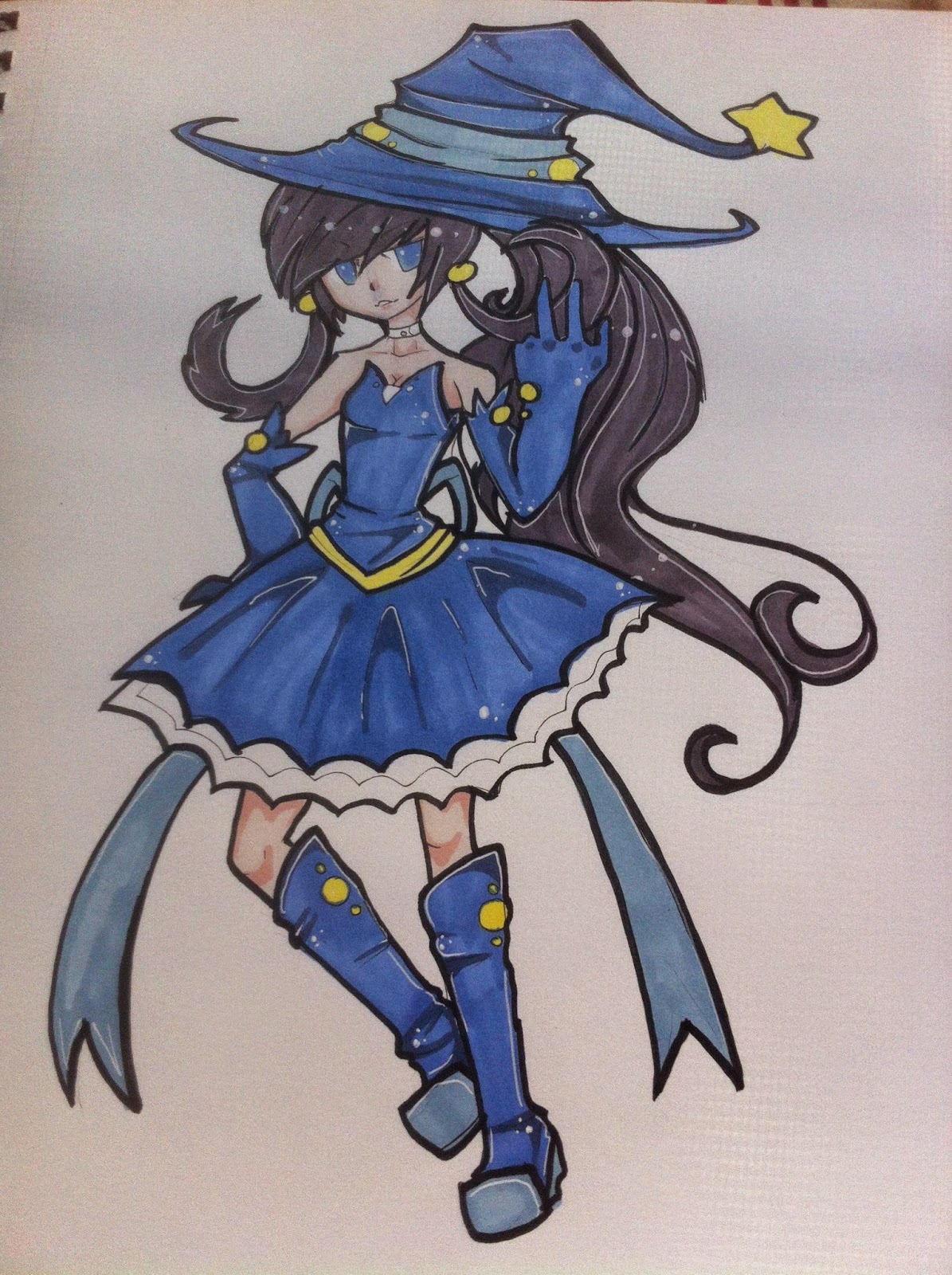 Grace is currently working on new pieces for the October art show. The theme is fairly broad with the title Myths and Legends. With the show being held in October and the theme that was picked I told Grace this Manga style witch could probably work. 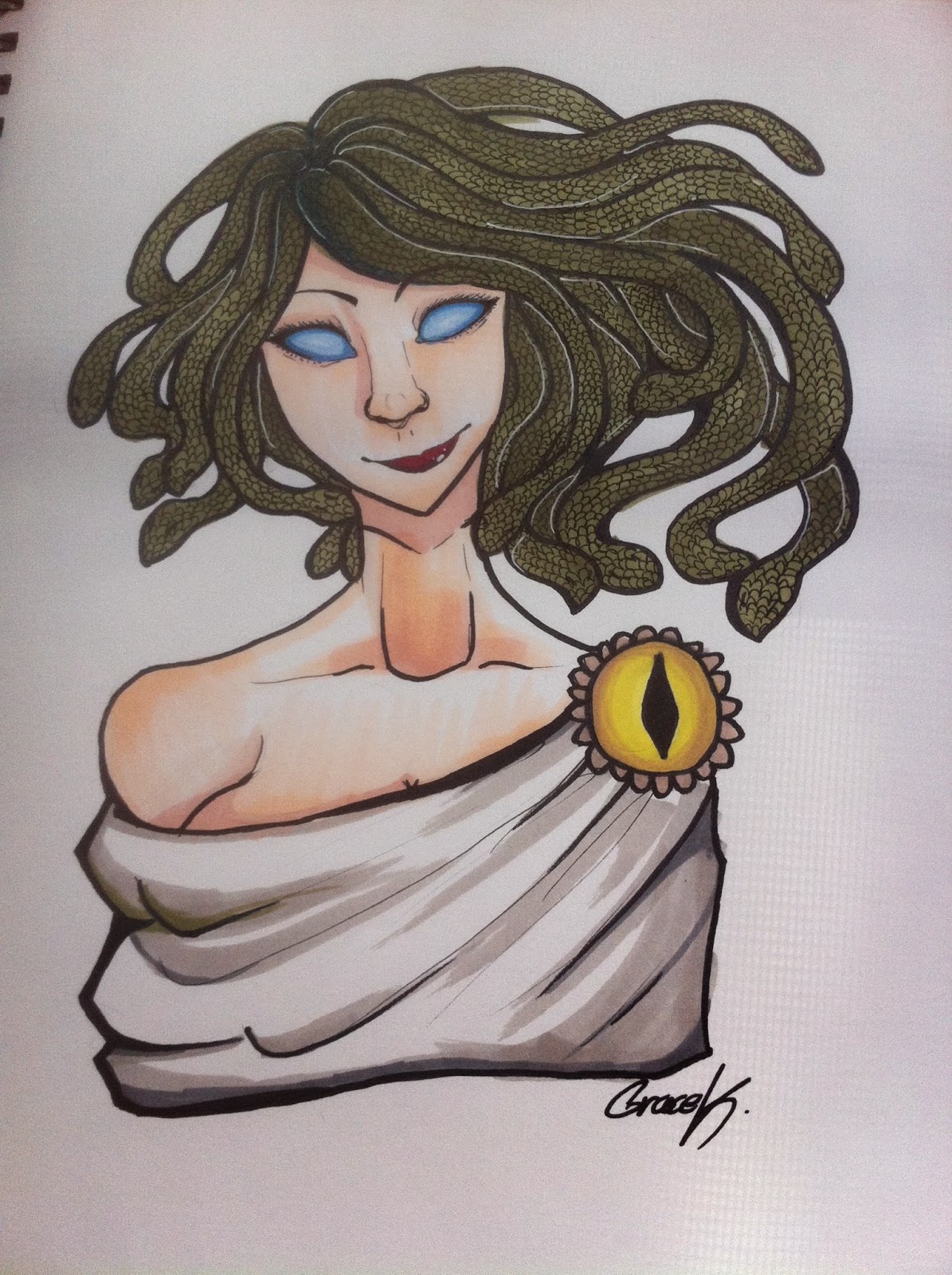 With her love of Greek mythology she had to include something for the art show from that category. Medusa was the first thought that popped into her head and out came a sketch a couple of hours later. It is hard to see the detail in the snakes in a photograph, so I took a close up at a different angle to try and show but still doesn't do it justice. 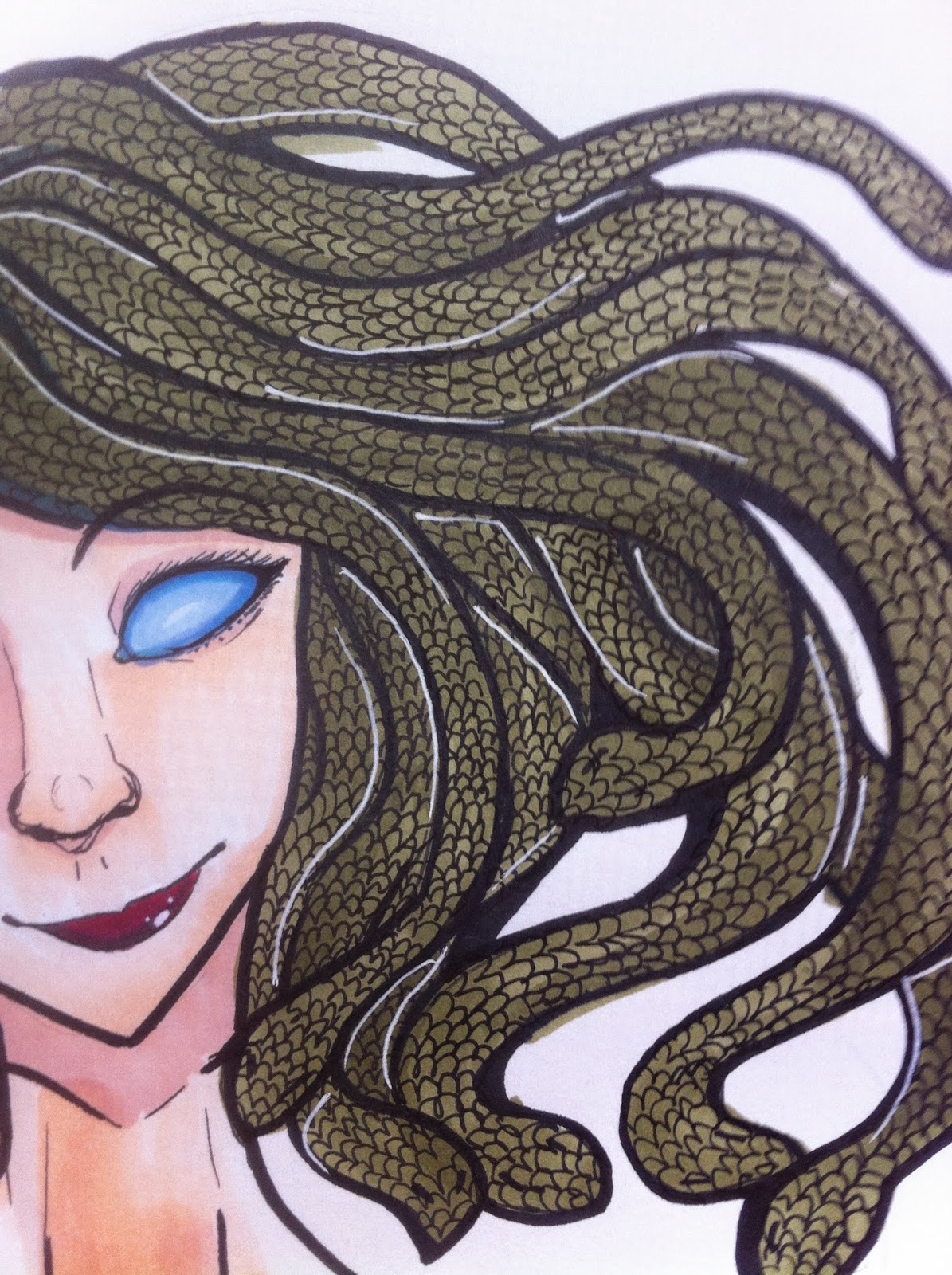 What would you like to see Grace draw for the art show that is from a myth or legend?

I love the detail in her drawings. I also wish I could use a marker as paint, like she does. I have tried and tried but I have a hard time achieving the shading that she has. Beautiful work!