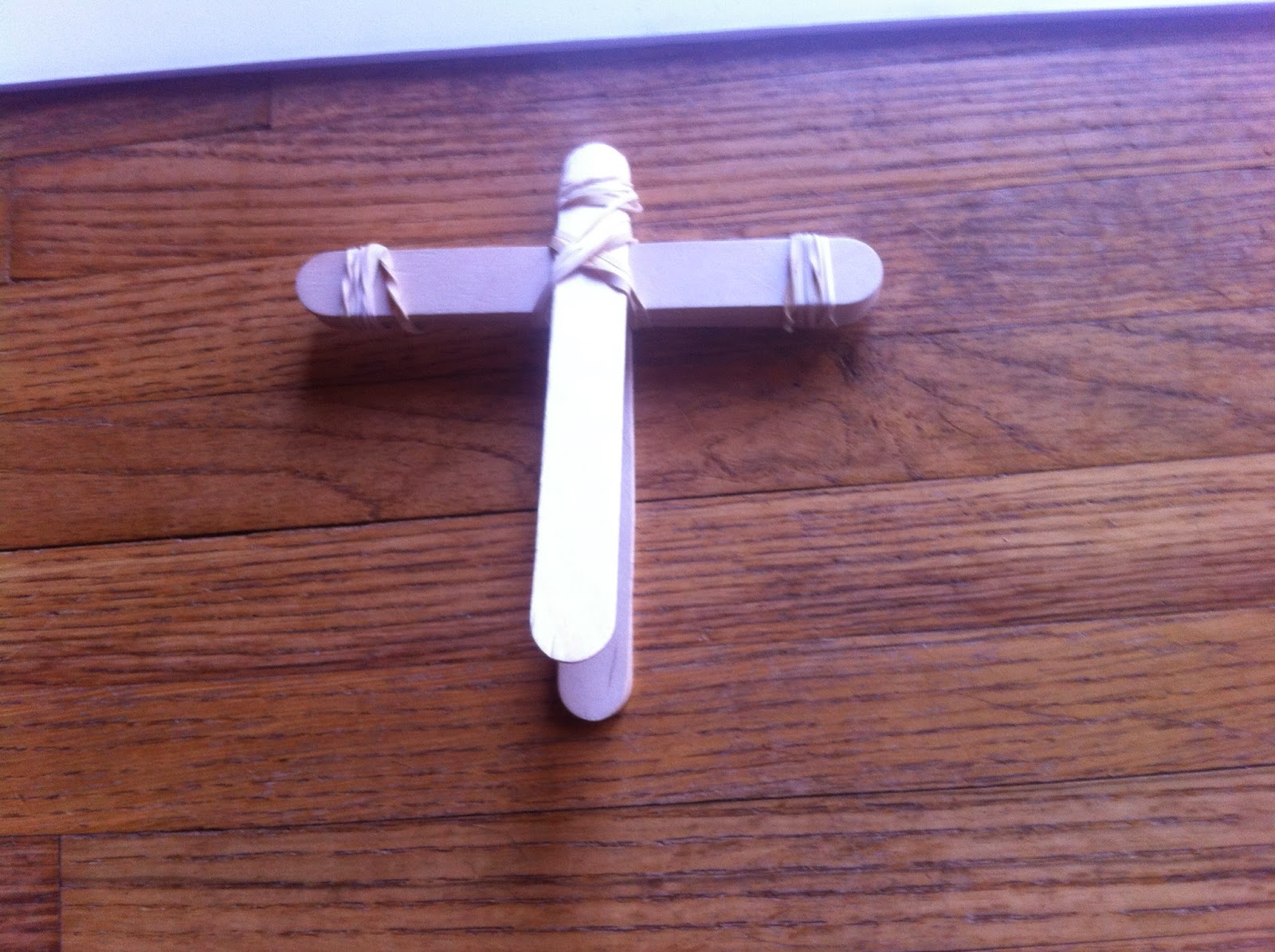 This semester at Cooperative I teach an elementary Middle Ages class. This is mostly a class devoted to making things related to the Middle Ages time period. Yesterday we decided to have some fun with catapults. I had the kids build catapults with Popsicle sticks and rubber bands. 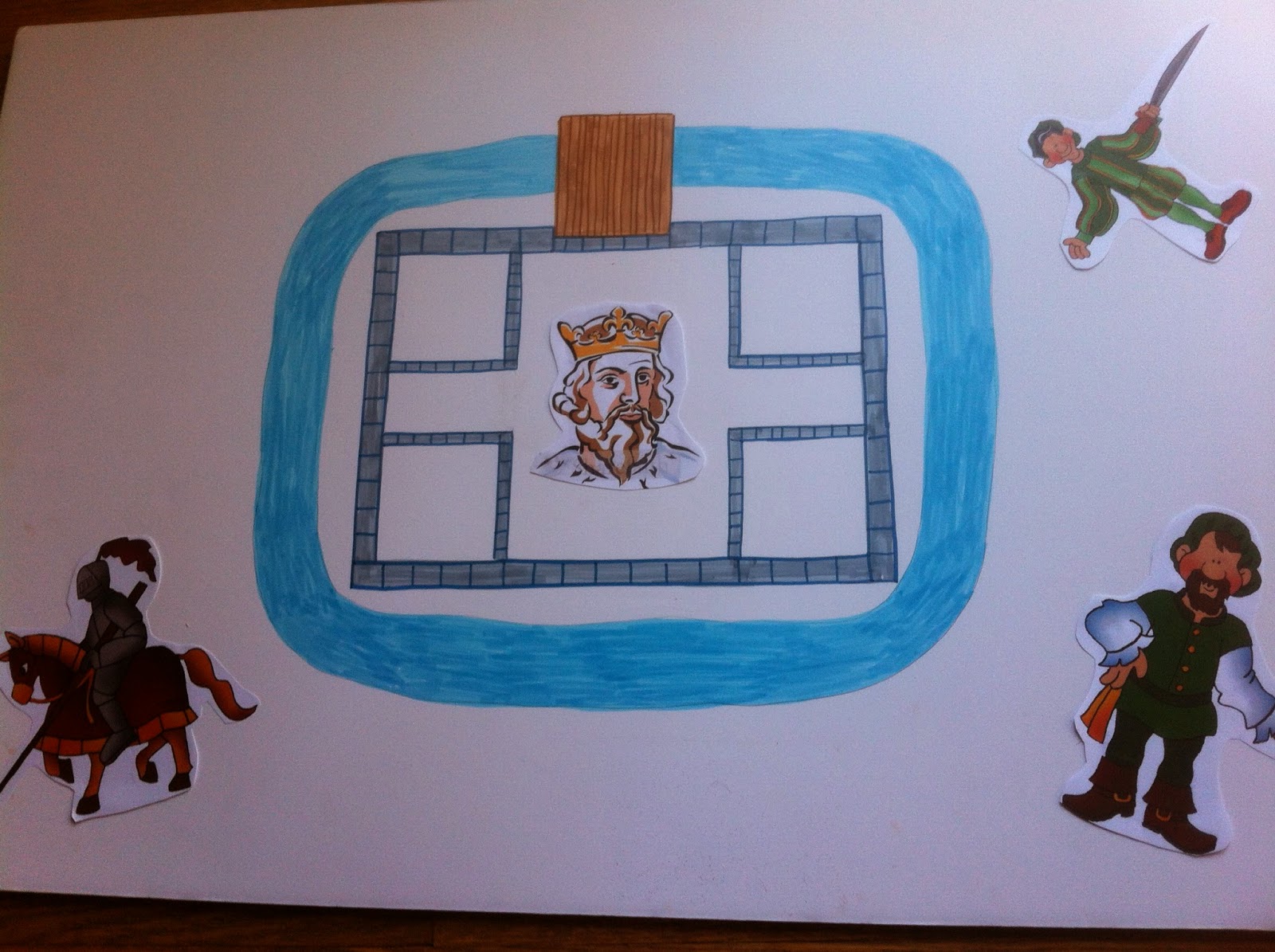 I created a board the day before that looks like an aerial view of the top of a castle. Each section of the board were possible areas for the game pieces (pennies) to land and collect or subtract points. Land on the knight - collect 15 points, land inside the castle - collect 10 points, fall in the moat - subtract 5 points and so on. If they captured the King by landing on his picture they received 20 points. 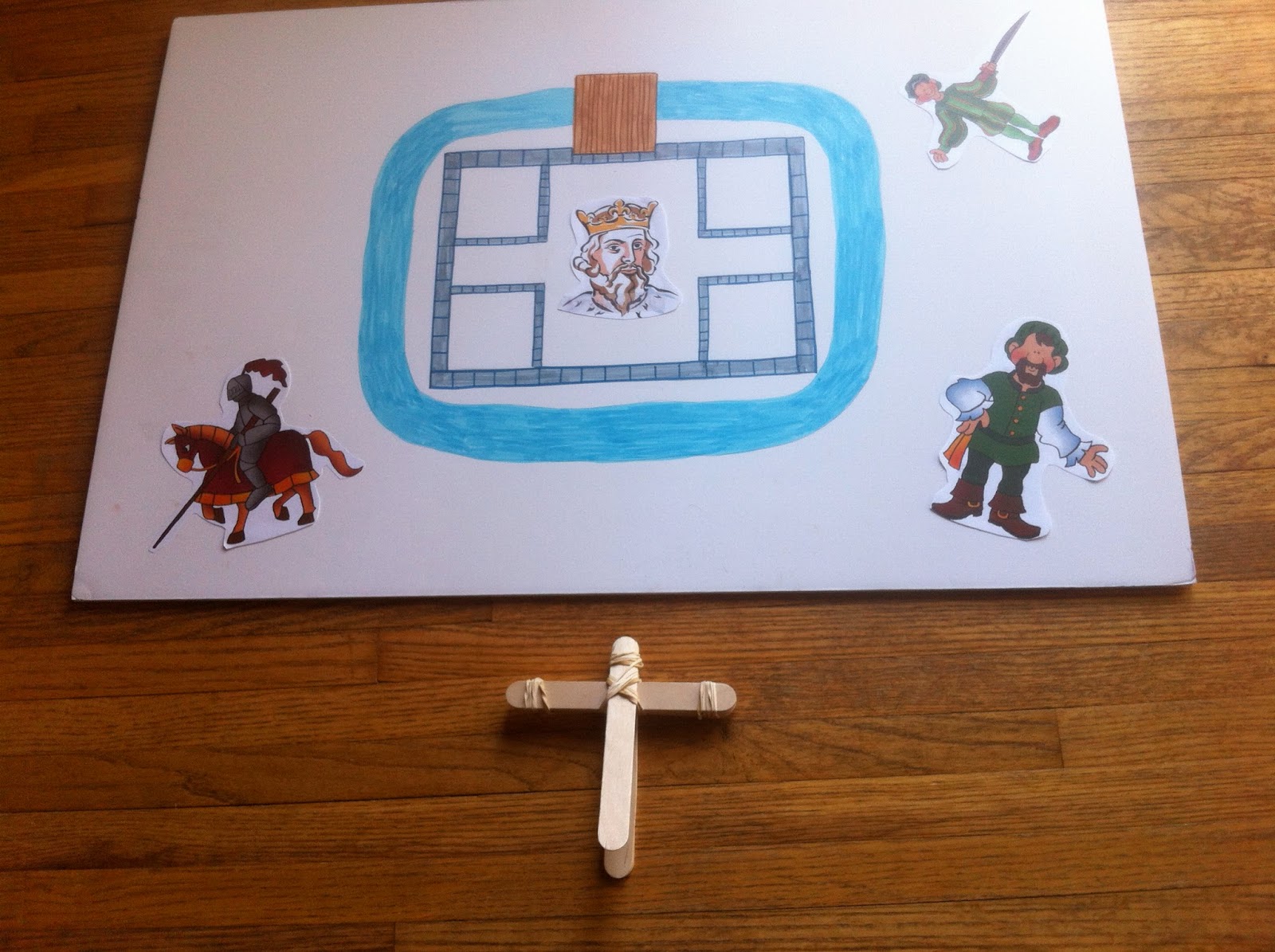 I think they all enjoyed the process of building the catapult and playing the game. As you can see from the picture most of the class is boys with just two girls. Boys + war games = fun. 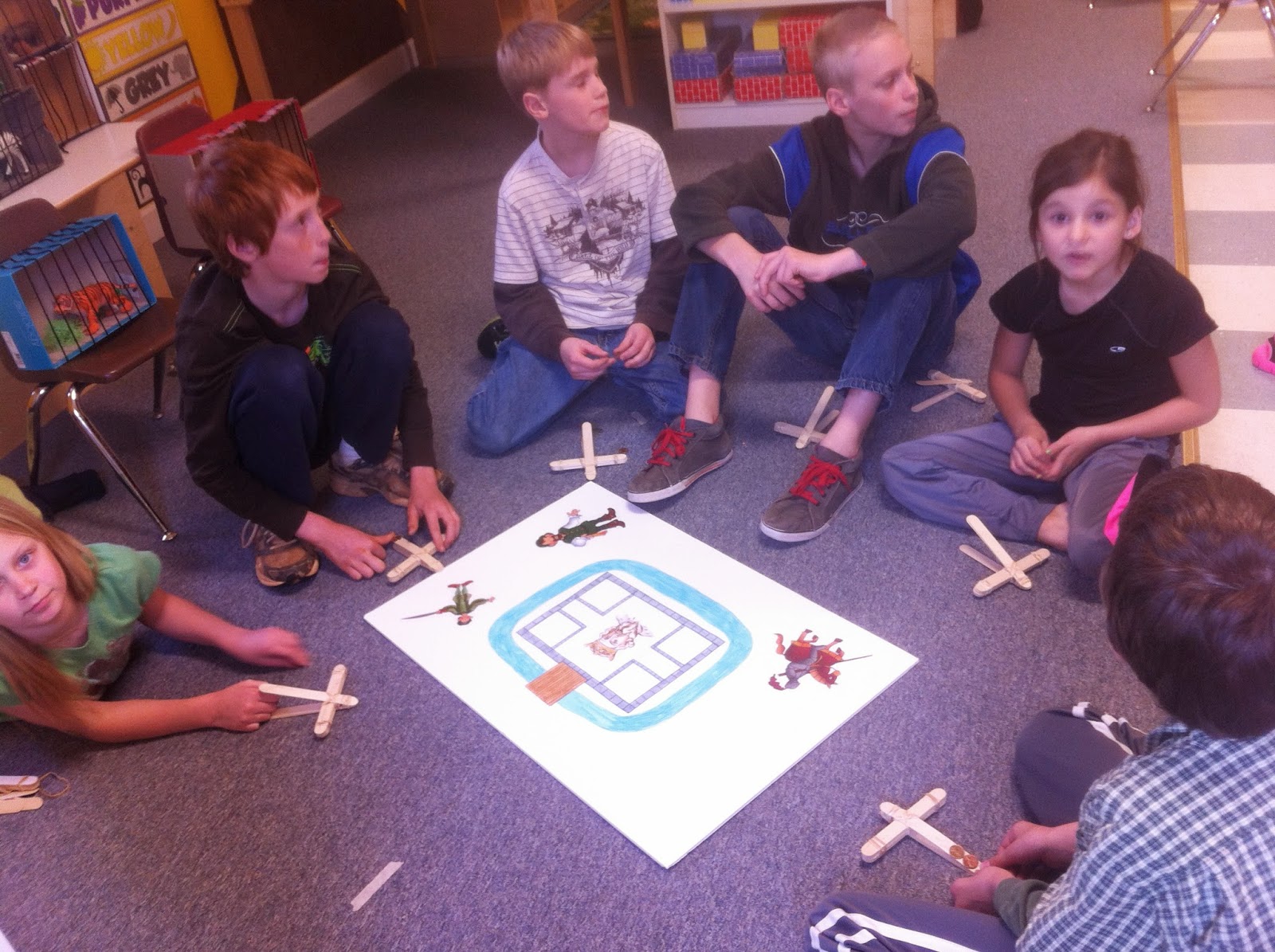 You are so creative! I bet my class would like this, too! :D

This is awesome Diane!! I bet your class is so much fun. I LOVE games like this and I think they reinforce learning SO MUCH!!

Thank you from Keilee and Augustus Diane! That was SO sweet of you. <3