Evolution of a Drama Geek 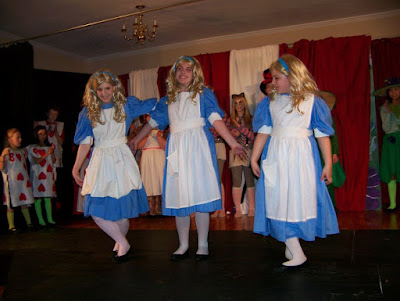 Drama is now in our blood and has been since Grace turned 9 years old. Each year since then we have participated with 1-2 productions per year. Unfortunately for this post I couldn't find a photo for her first two productions, The Secret Garden and Willy Wonka. Of course there was also short little skits here and there as well as her almost three year run with a traveling drama ministry group, Acts of Faith. The above picture was her first starring role as medium Alice in Alice in Wonderland. Grace is the one in the middle. 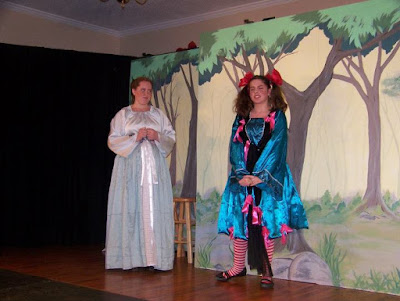 Next was Robin Hood and she played the silly daughter of Sherriff Nottingham. This was fun. She Grace got to dress up in very silly attire and basically make a fool of herself on stage. 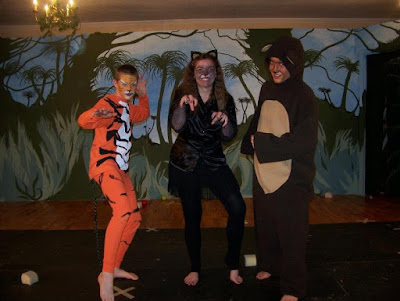 The following year we did a drama camp and she got to play Bagheera in the Jungle Book. 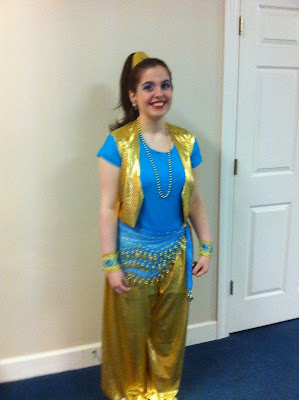 The following year we performed one of our favorite plays to do, Aladdin. Of course each and every production seems to be a favorite as it is so hard to pick just one. She was cast as the Genie and had an absolute ball with this character. 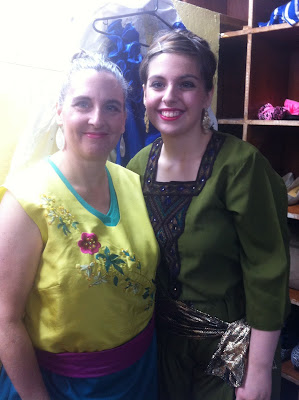 Last summer I got to join in the fun and together we were wives of the King in the King and I. 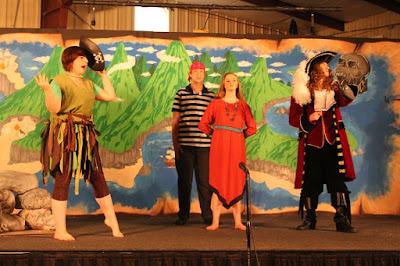 Last but certainly not list was Grace's crowning in glory being cast Peter Pan. She had so much fun with this character and making it her own.
Fall semester will find us performing short comedic Biblical skits to perform during the Christmas recital. Then the spring will be our next big musical. We are considering two very different fun musicals and this year we will let the Cooperative vote on which it will be. I write all of this because every family has some sort of passion that they share and enjoy. Ours just happens to be theatre. Performing comes so naturally to Grace and I love all the backstage stuff. We will continue to perform and watch performances together and share something memorable every single time with every single performance.

I loved seeing these pictures! I'll go through mine and see if I have one of her in Willie Wonka. Wasn't she in The Music Man as well?